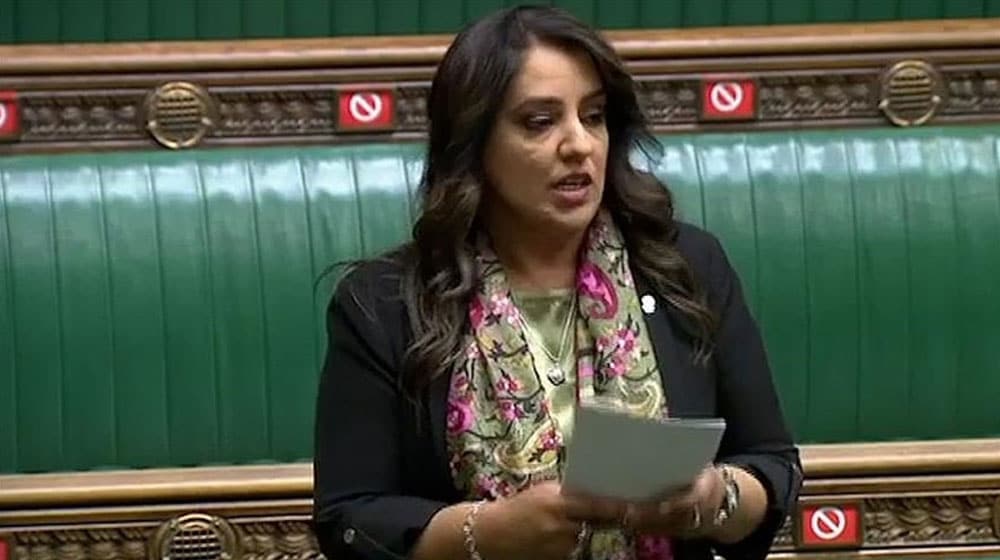 The British Member Parliament (MP), Naz Shah, gave an impressive speech in honor of the Holy Prophet Muhammad (Peace Be Upon Him) in the UK Parliament and highlighted the emotional hurt and stress that the insensitive cartoons that are repeatedly published in Europe cause Muslims across the world.

Naz Shah, an MP for the opposition Labour party, defended the honor of the Holy Prophet (PBUH) in the House of Commons on Monday while debating the proposed ‘Police, Crime and Sentencing Bill’. The bill proposes imprisonment of up to 10 years for the vandalization of historic statues in England.

The MP of Pakistani-origin welcomed that the law being passed recognizes “commemorative” feelings as imperative to maintaining civil order.

“This proposed legislation will put a maximum 10 years sentence in place for those people that damage or attack statues, asserting into British law a significantly higher penalty for attacking a statue,” she said.

Shah stressed that the same level of sensitivity should be extended to the respected prophet of the Muslims if legal protection against the vandalization of the statues of historical figures such as Winston Churchill is passed. She also questioned why a person should be given a more significant penalty for attacking a stone or iron statue as compared to if they were to damage a stone wall or an iron gate, especially because they are identical in physical form.

“When bigots and racists defame, slander, or abuse our Prophet (PBUH), just like some people do to the likes of Churchill, the emotional harm caused upon our hearts is unbearable,” she remarked.

Shah quoted the well-known playwright George Bernard Shaw’s saying about the Holy Prophet (PBUH). “He was by far the most remarkable man that ever set foot on this earth”, she said.

Did Pakistan Consider Calling Off the England Tour After COVID-19 Fiasco?

While acknowledging the importance and symbolism of monuments in the history of the UK, she defended the right to debate and disagree about the significance of any historical figure but argued that the defamation of any historical monument was wrong and deeply divisive.

“To those who say it’s just a cartoon, I won’t say it’s only a statue because I understand the strength of the British feeling when it comes to our history, our culture, and our identity. It’s not just a cartoon and they’re not just statues. They represent, symbolize and mean so much more to us as human beings,” she explained.

Shah reminded the UK Parliament that they could not pretend that a western liberal democracy like Britain does not consider feelings when it comes to emotional harm.

“At the same time, passing a law through parliament is giving such importance to protecting statues based upon ‘commemorative feelings,” she said.