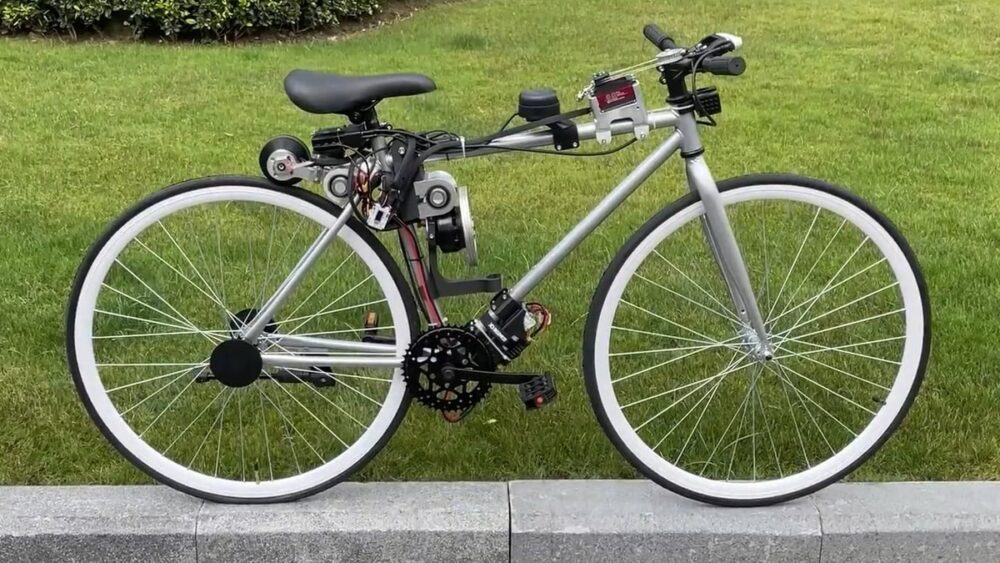 Self-driving cars are not the only thing on Huawei’s list of autonomous vehicles. The Chinese brand is also working on a self-driving bicycle that can easily be controlled without a rider.

Huawei is Making a Phone With Under Display Selfie Camera

Engineers at Huawei are currently working on a new bike that can easily maintain balance on the slimmest surfaces as shown in the image below. The bike will come with a load of other impressive features such as high precision sensors on its body, built-in AI, and image recognition cameras. All of these features working together make it possible for the bike to run without human interaction.

Zhihui Jun, the head of Huawei’s self-driving bicycle project got the idea after he suffered an injury from a regular bike. This led him to work on a self-driving bicycle with his team of engineers. They put together an autonomous control system, a perception sensor network, a chip that acts as the brain of the system and provides the required computing power. The bike started off as a CAD render and later the engineers added two large brushless motors and steering gear to the physical prototype. After that, the team added an RGBD depth camera, an accelerometer, a gyroscope, and even a LiDAR sensor.

This bike is fitted with a control module similar to artificial satellites to maintain its balance.

The vehicle is powered by a lithium-based battery that can last 2 to 3 days on a full charge. This battery setup is located right beneath the seat.

Huawei’s self-driving bike is still in the works, meaning that it has not been perfected yet. But seeing how close it is to completion, it will not be long before it hits the market.