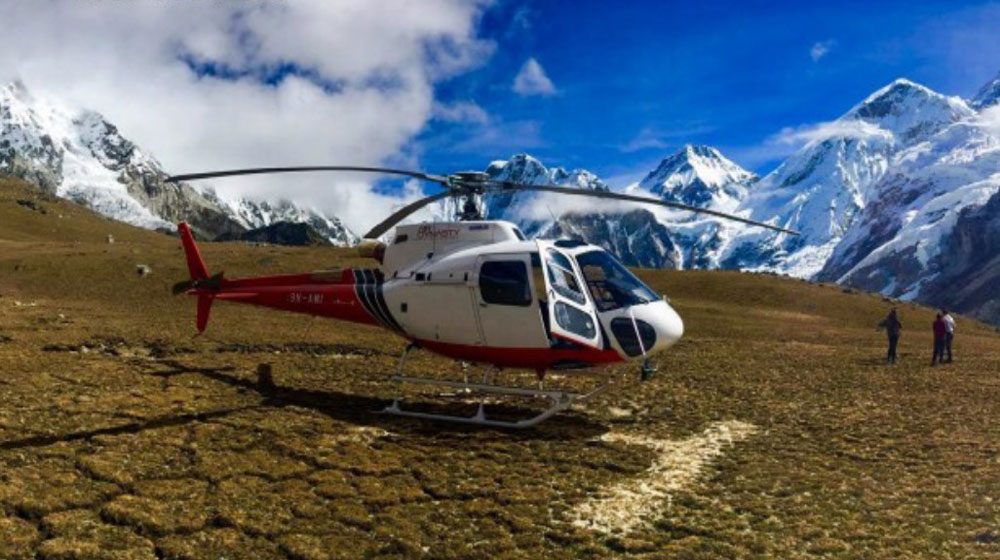 The Civil Aviation Authority (CAA) has informed the parliament that it is planning on introducing a helicopter service for tourists to make beautiful mountains, picturesque valleys, and rivers accessible in a short time.

The Director-General of the Civil Aviation Authority briefed the Senate Aviation Committee about the initiative on Thursday.

The CAA DG, Khaqan Murtaza, informed the Senate committee that plans to introduce helicopter service for tourists are on the anvil in response to a question from PPP Senator Sherry Rehman as to why the helicopter facility was not being offered to promote tourism.

The DG reassured the members of the committee that a plan was in the pipeline in this regard.

He also stated that flights to Saidu Sharif Airport in Swat had been suspended due to a trivial number of passengers as only six passengers traveled on the last flight leading to its suspension.

The aviation committee asked the DG CAA to submit a report on the fake pilot license scandal in its next meeting. DG said that the licenses of 82 out of 262 pilots have been declared fake.

Senator Aun Abbas of Pakistan Tehreek-e-Insaf was of the view that those responsible for the issuance of fake licenses should have been booked under murder charges.

He wondered if nobody knew about pilots’ bogus licenses before Ghulam Sarwar was appointed aviation minister, and appreciated him for holding an inquiry into the matter.

The committee summoned the CEO of Pakistan International Airlines (PIA), Air Marshal Arshad Malik, along with the record of the Karachi plane crash.