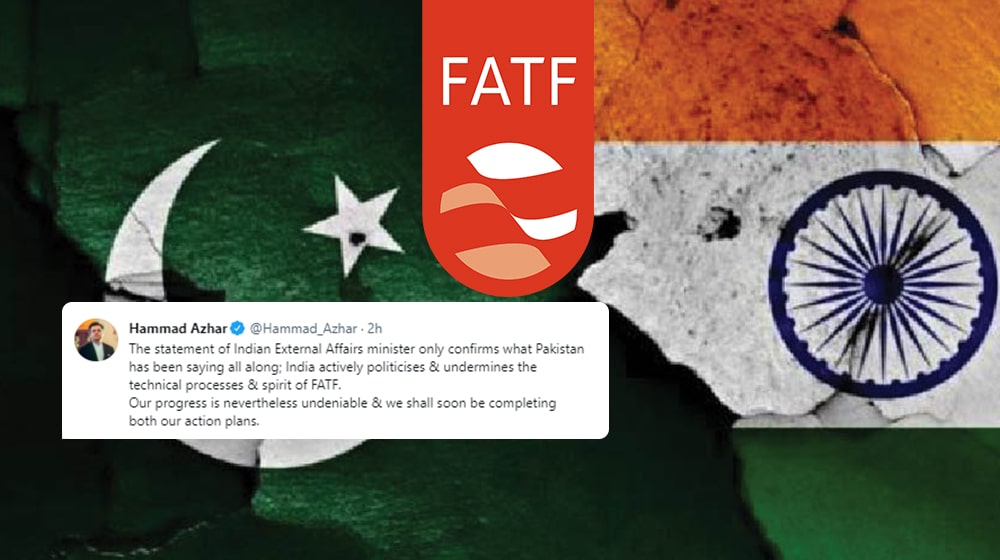 In response to media queries about the Indian Minister of External Affairs on 18 July 2021 regarding India’s disagreeable role in the greylisting of Pakistan by the FATF,  the spokesperson of the Pakistani Ministry of Foreign Affairs said that the statement has exposed India’s true colors while vindicating Pakistan’s longstanding stance on India’s negative role in the FATF.

Pakistan has always informed the international community about the politicization of the FATF and of India’s undermining of its processes. Fortunately, the recent Indian statement serves to corroborate its continued efforts to use an important technical forum for its political designs against Pakistan.

FMU Directs Reporting Entities to Report Cash Transactions of Rs. 2 million and Above

While Pakistan has been sincerely and constructively engaged with the FATF during the implementation of the Action Plan, India has left no stone unturned in questioning Pakistan’s progress through disgraceful means. Nonetheless, Pakistan has always exposed India’s duplicitous role to the international community and will present India’s recent confession to the FATF and the international community as well.

Pakistan is also considering approaching the President of the FATF for appropriate action on this matter. The admission by the Government of India has undermined its credentials in the FATF as the Co-chair of the Joint Group for its assessment of Pakistan or any other country.

Pakistan’s immense progress in the AML/CFT domain that it has demonstrated through concrete, tangible and verifiable actions has been openly acknowledged by the FATF, and the country is resolved to sustaining this momentum and trajectory with the support and cooperation of its international partners.

Moreover, India’s intentions of putting pressure on Pakistan have always failed and will remain unfulfilled.

Despite distractions, including the politicization of the FATF’s processes by certain jurisdictions, Pakistan has reaffirmed its commitment to bring its AML/CFT systems on par with international standards for its own good and to fulfill its international obligations and commitments.