The Pakistani rupee (PKR) continued its fall against the US Dollar after Eid Holidays as it breached the Rs. 162 mark.

This is the lowest that the PKR has been in the interbank market in nine months.

The continuous deterioration is being attributed to the rising demand for natural import payments and the increasing strength of the US Dollar in the international market. 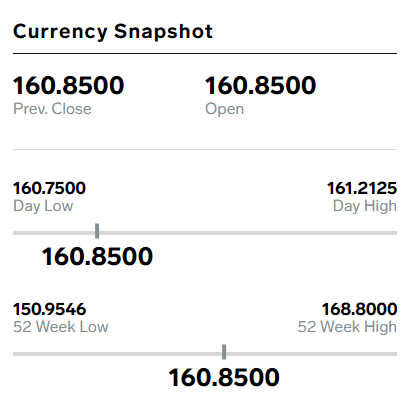 The PKR has continued its losing streak against the USD almost consistently since the beginning of the current fiscal year, with rare and sporadic improvements.

Asad Rizvi, the former Treasury Head at the Chase Manhattan Bank, said earlier in the day, “Though a good part of the payment has been remitted, but we are probably still not done with the settlement”.

He added, “However, my target of Rs. 162 per [USD] is met. Now I see a risk of correction. Rupee is expected to make a sharp recovery. Market should avail the opportunity”. 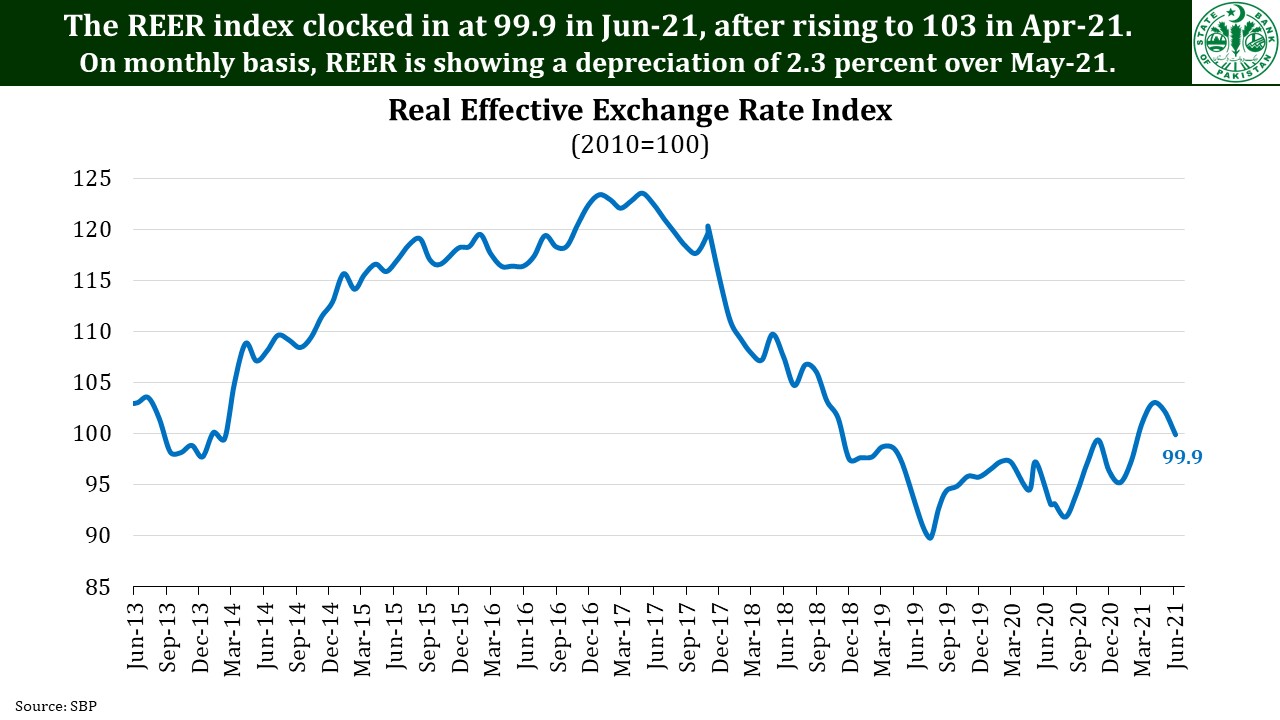 On the other hand, the Real Effective Exchange Rate (REER) Index closed at 99.9 in June, and is a depreciation of 2.3 percent over May. The REER has come down after touching the height of 103 in April this year.

Regarding this, Rizvi reiterated his opinion that the PKR will now begin its recovery. He wrote, “I have hinted that Rupee will soon make the correction. SBP released REER that has clocked below 100. This supports my earlier view of correction”. 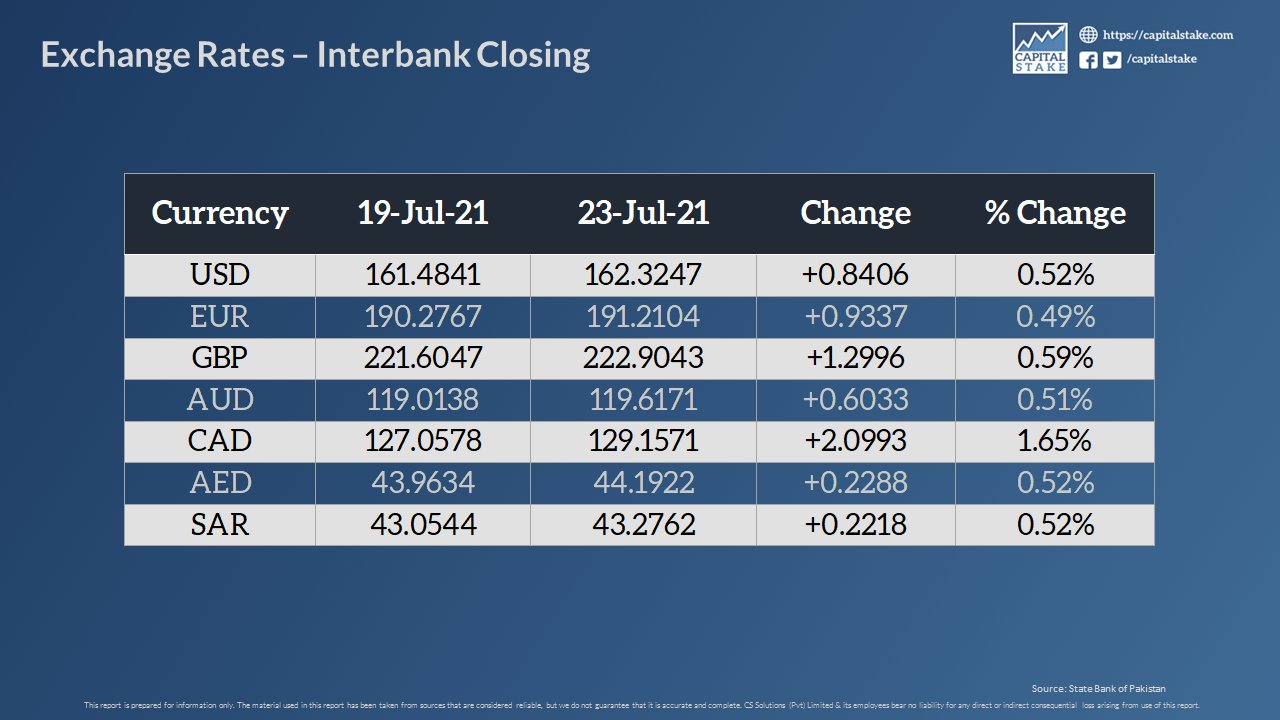 The PKR also had a bad day against other major currencies in the interbank currency market, with blanket losses. It posted an improvement of 1.30 rupees against the British Pound (GBP) today.

The PKR also deteriorated significantly by 22 paisas each against the UAE Dirham (AED) and the Saudi Riyal (SAR) in the interbank currency market today.