The rupee continued its downward trend as it fell to a nine-month low against the US Dollar on Monday, owing to the rising demand for natural import payments and increasing strength of the US Dollar in the international market.

The Rupee fell down to Rs. 161.48 exchange rate against the US Dollar for the first time since mid-October 2020.

In the interbank currency market, PKR has lost 1 percent or Rs. 1.54, to the USD during this time, while in the open market, the deterioration is steeper, around Rs. 1.70, was Dollar trading at nearly Rs. 162 in the open market.

The rupee continued its downward trend against the US Dollar on Monday, owing to the rising demand for natural import payments.

PKR has continued its losing streak against the USD almost consistently since the beginning of the current fiscal year, with rare and sporadic improvements.

Asad Rizvi, the former Treasury Head at the Chase Manhattan Bank, said earlier in the day, “In Pakistan, we have 2 working days this week. Gulf market will remain closed. This means no remittances are expected from Middle Eastern countries.”

He further stated “Today’s market was bidding USD aggressively in a good size to cover the position because of the coming Eid holidays. It seems the banks are not willing to keep their position exposed due to the extreme volatility seen recently. PKR since touching highs of 152.90 lost nearly 5.5%of its value.”

Asad added, “Eid Holidays is annual routine, but it will add pressure. Therefore, I do not see any respite in the next 7-10 days.”

Traders expect that the rupee will appreciate gradually after the Eid holidays and will be traded in between 159 to 160 levels, said an Analyst from Tresmark. 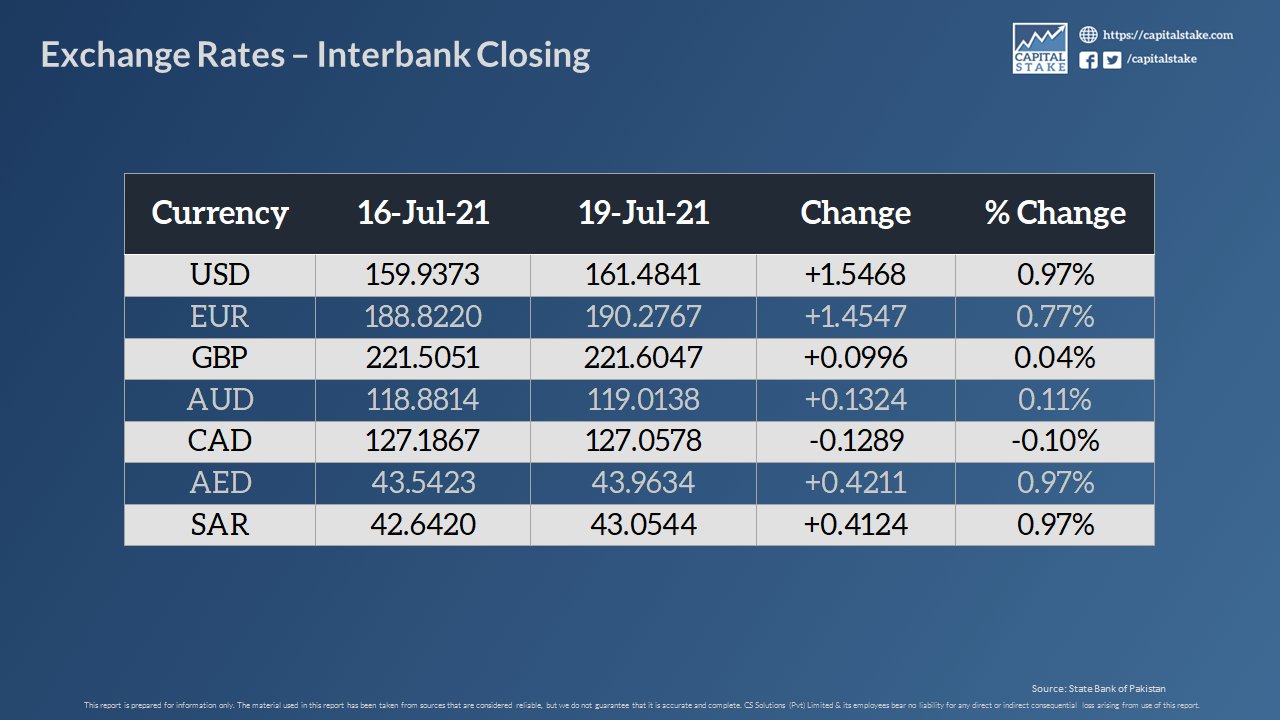 PKR also had a bad day against other major currencies in the interbank currency market, with blanket losses except for nominal appreciation against the Canadian Dollar (CAD). PKR posted 12.89 paisas improvement against the CAD today.

Rupee Returns to Losses With A Flat Decline Against All Currencies

The PKR also and significantly deteriorated by 42 paisas and 41 paisas against the UAE Dirham (AED) and the Saudi Riyal (SAR), respectively, in the interbank currency market today.