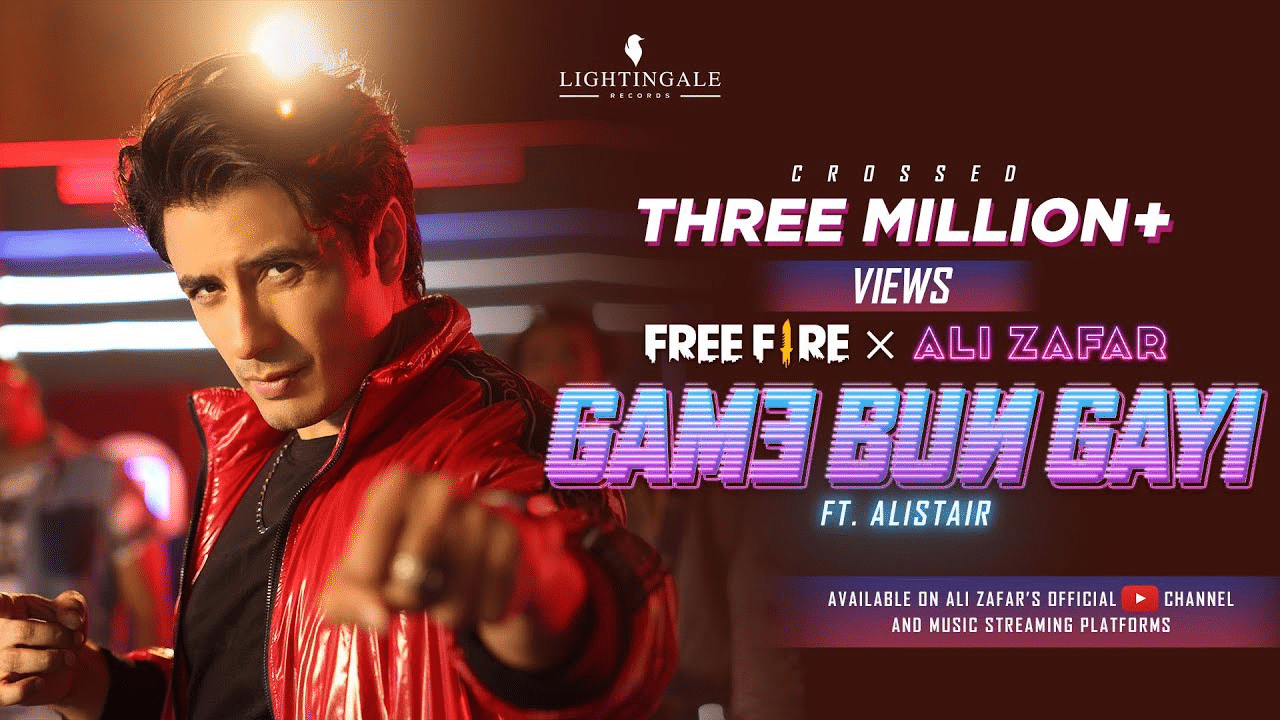 Ali Zafar, the renowned musician of Pakistan, has gifted his audience with yet another mega-hit song ‘Game Bun Gayi’.

Ali Zafar is a multi-talented actor, singer, songwriter, producer, model, screenwriter, and one of the most distinguished celebrities of Pakistan. Two songs from his regional series have accumulated over 60 million+ views combined over the years.

The song ‘Game Bun Gayi’ that was premiered recently has amassed 3.8 million views and 28K likes on YouTube in just six days. The perfect blend of hip-hop, electronic, some desi tarka and K-pop makes the song a visual and musical treat for the eyes and the ears. Its catchy tone and joyous melody get stuck in the head of the listener.


Since K-pop culture has seeped its roots into the hearts of the young generation, the fans had been waiting for something just like this for a while now. While it is a tricky task to create something entirely K-pop while keeping the song desi enough that it resonates with the culture of Pakistan, some visual K-pop elements have been incorporated into the music video to make it a complete mix.

For the love of electronic music that all game players have, the song has been fused with that element as well.

Just after the song hit 2 million views on YouTube, Ali Zafar released a video where he thanked everyone who helped the song reach 3.8 million in just 6 days. He then announced that the winners of the song and dance competition will be rewarded with Razer’s Wireless Gaming Earphones as well as a Free Fire t-shirt signed by Ali Zafar.

Since then, the entries are racking up. Enthusiastic fans of ‘Game Bun Gayi’ have presented their own versions of the song where they danced off to the catchy beat and the joyous moves. The entries for this competition are still flooding in, making the song more popular on the trending list.

Free Fire is a Battle Royal shooter game where as many as 50 users can play simultaneously to whip some action together on their screens. Free Fire’s effective marketing strategy has enthused the youth to check out the game. Recently, Free Fire hit 1 billion+ downloads on Google Play, making it the biggest Battle Royale game in the world and the third game ever to have over 1 billion downloads on Google Play.

Free Fire is one of the few games that has a splendid history of the biggest global collaborations with big names like McLaren, Attack on Titan, street Fighter, Ragnarok, Money Heist, and the Portuguese footballer, Christiano Ronaldo. CR7, as known professionally, is Free Fire’s global ambassador and is also available in the gameplay as one of the most demanded character – Chrono.