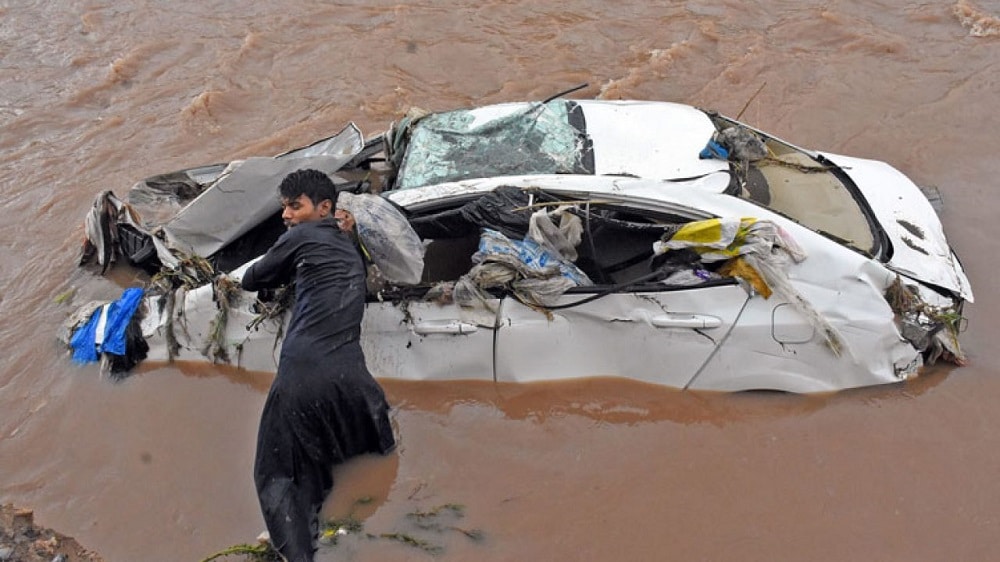 Satellite images taken almost two decades apart have revealed that private housing societies in Islamabad’s E-11 sector not only reduced the width of the nullah in E-11/2 but also altered its natural flow which caused urban flooding after torrential monsoon downpour earlier this week.

An image from 2002 shows the zigzag nullah in its natural flow entering the E-11 sector. However, in 2010-12, a private housing society changed the natural stream of the nullah by making its zigzag part straight in street 2 of E-11/2, where a mother and her child drowned after gushing water entered their basement.

The society did not stop there. It also reduced its width by constructing a road over it and carving out residential and commercial plots along its bank to make billions of rupees.

A quick look at the map shows that the nullah originates from Margalla Hills. It enters E-11 after crossing sectors D-12 and E-12. Its width in D-12 and E-12 sectors is more than 70 feet. However, its width reduces to just 18 feet when it enters E-11. This sudden reduction in its size created a bottleneck during the heavy monsoon rainfall on Wednesday, causing urban flooding in which two precious lives were lost.

Here are few images that show the illegal construction along the bank of the nullah in the E-11 sector over the years. 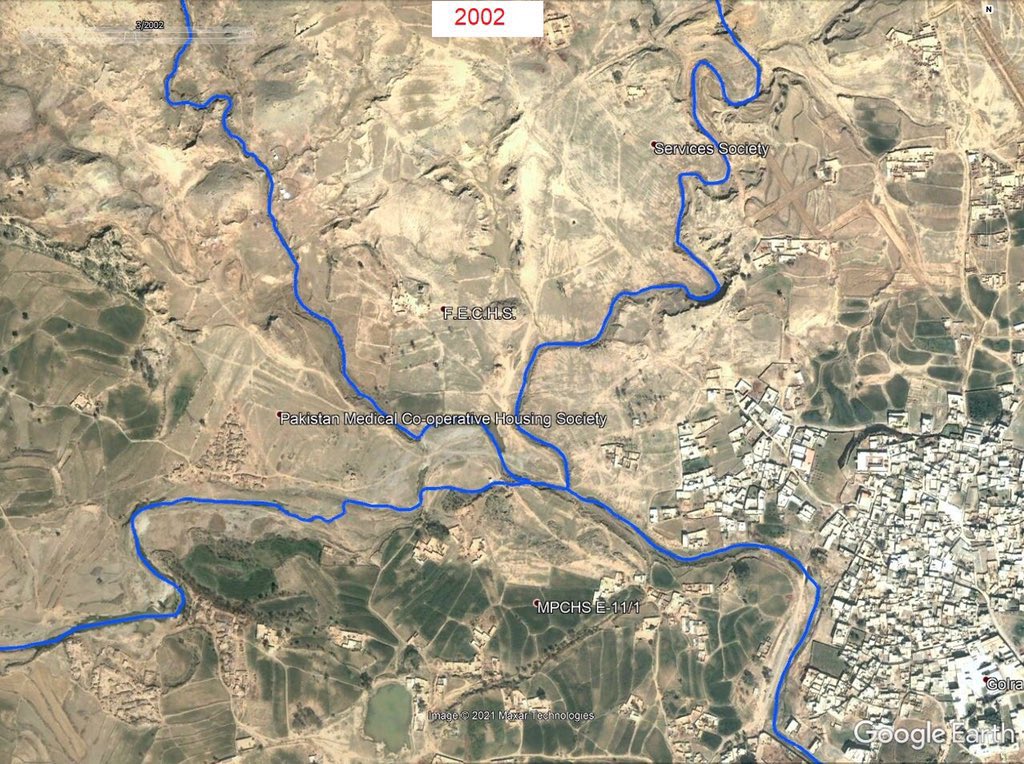 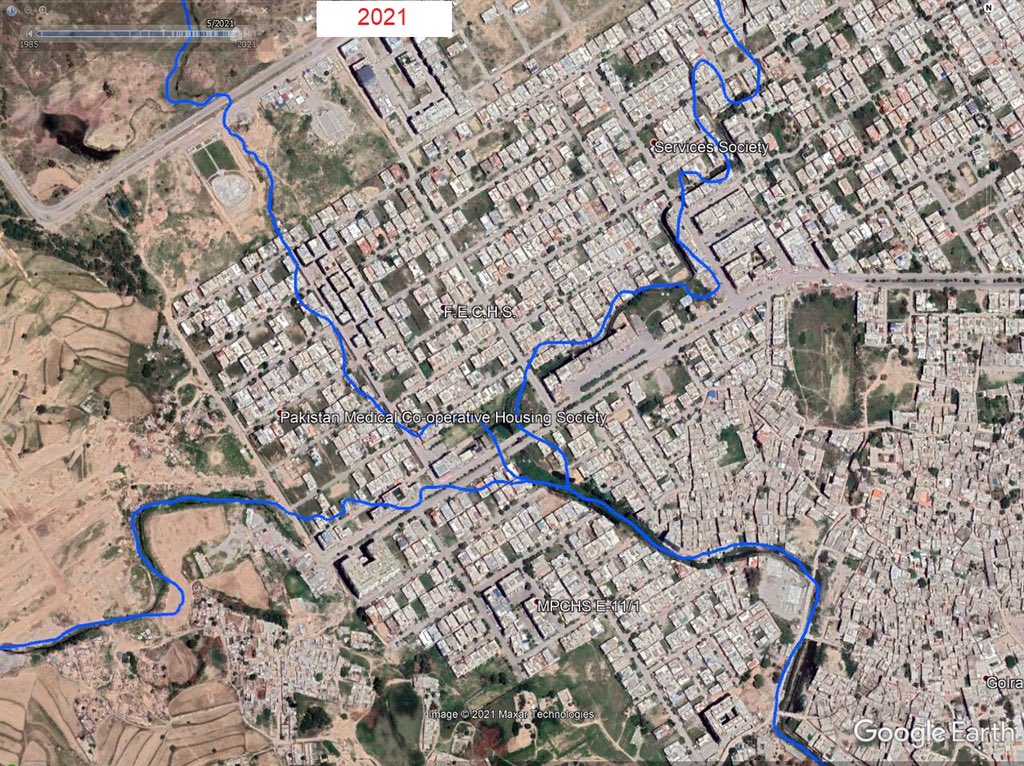 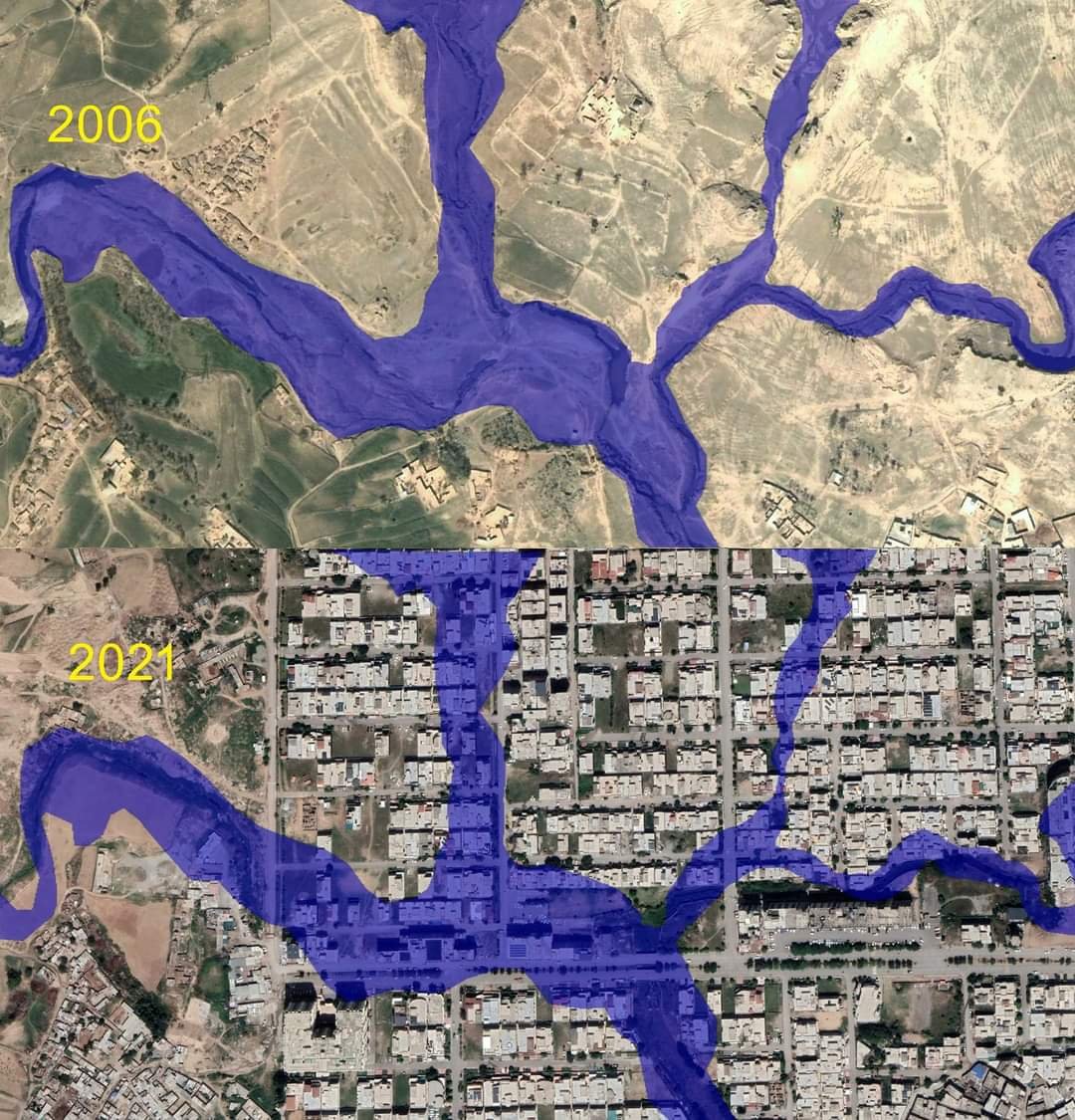 Environmental experts have raised questions on the role of CDA and Islamabad’s civil administration in the entire episode. They allege that the CDA and capital administration did not take any action to stop this illegal construction because both departments colluded with the private housing societies.