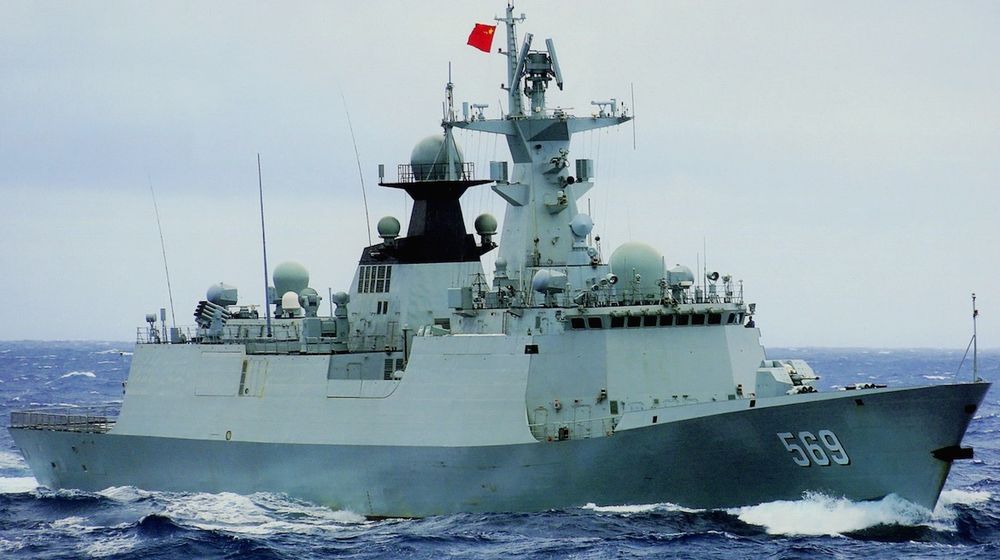 The launch ceremony of the third state-of-the-art Type-054 class frigate constructed for the Pakistan Navy was held at Hudong Zhonghua Shipyard, China.

According to a statement by DGPR Navy, the Type-054 A/P Jiangkai II-class guided-missile frigate is equipped with the latest surface, subsurface, anti-air weaponry.

SSC and HSC-II Results to be Declared After 15 Aug: FBISE

The Combat Management System (CMS) and sensors of the warship make it one of the most advanced surface platforms in the fleet of Pakistan Navy.

The induction of the third warship will strengthen the maritime defensive capabilities of Pakistan Navy while the deterrence capabilities of the ship will contribute in maintaining peace and stability in the region.

In June 2017, Pakistan Navy had inked an agreement with a Chinese shipbuilder, China Shipbuilding Trading Company (CSTC), for the purchase of two Type 054 II-class frigates.

China has already delivered the two Type 054 II-class frigates to Pakistan Navy. The first frigate was delivered in August last year while the second frigate was launched in January this year. Both frigates were launched at the HZS in Shanghai.

The Type 054A/P frigate is an improved and extended version of the Chinese-made Type 054 multi-role frigate which was commissioned in the Chinese Navy in 2007.

It uses the same stealth features as the Type 054 frigate including sloped hull design and radar-absorbent materials but is equipped with modern sensors and weapons.

It is equipped with the following weapon systems:

It also comes equipped with a hangar and helideck fitted with a helicopter handling system to support missions for mid-sized helicopters such as Harbin Z-9C or Kamov Ka-28 Helix.