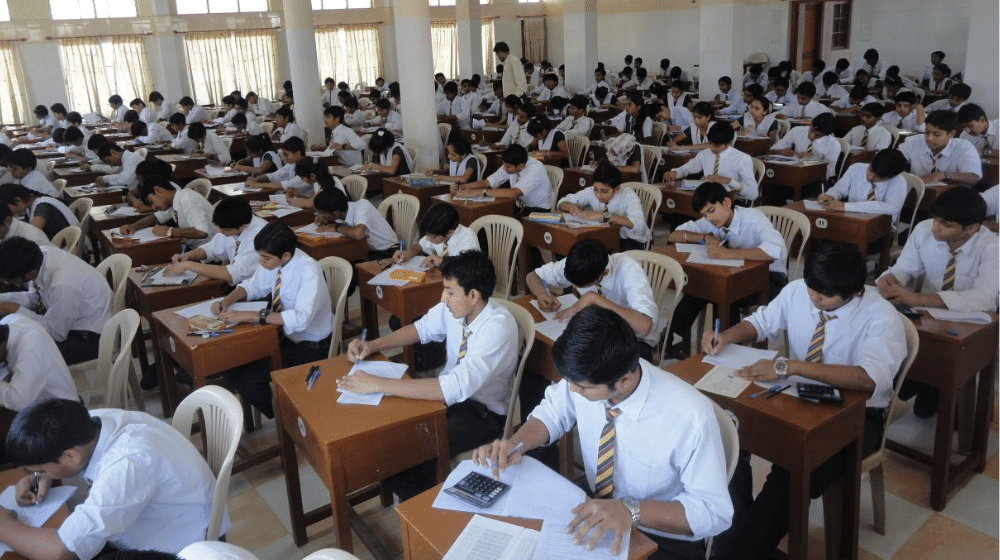 A number of Class 11 candidates protested against the Board of Intermediate and Secondary Education (BISE) Mardan on Thursday after it gave them a question paper based on a new English course instead of the old one.

According to the details, the BISE Mardan had held the Class 11 English examination at the Government Higher Secondary School Maneri examination hall on Thursday, which was taken by around 240 candidates. More than two dozen of them were retaking the examination for grade improvement and observed that the entire question paper was based on a new course. They informed the invigilator, who then conveyed the mistake to the board officials.

The candidates were told that they would soon receive a different examination paper but did not receive it until after the examination time for the shift had ended. This led them to stage a protest outside the examination center.

The protestors stated that they could not take the examination in the second shift as they had another one scheduled for the afternoon. They held the BISE Mardan responsible for the incident and demanded the rescheduling of their English examination.

There has been no official word from the board, and the issue remained unresolved at the time of the filing of this story.

This is not the first time that the BISE Mardan has made such a mistake. A similar episode had taken place last week when the Class 11 (XI) candidates were given the Mathematics question paper for Class 9 (IX).

Twitter Reacts To “Modi Destroyer Of Peace” Posters In Islamabad

The examination was postponed to the second shift and the candidates were told to come again at 2 pm.

The chairman of the board, Muhammad Imtiaz Ayub, admitted the gaffe and clarified that the class numbers had been written in Roman numerals, which had caused the confusion.