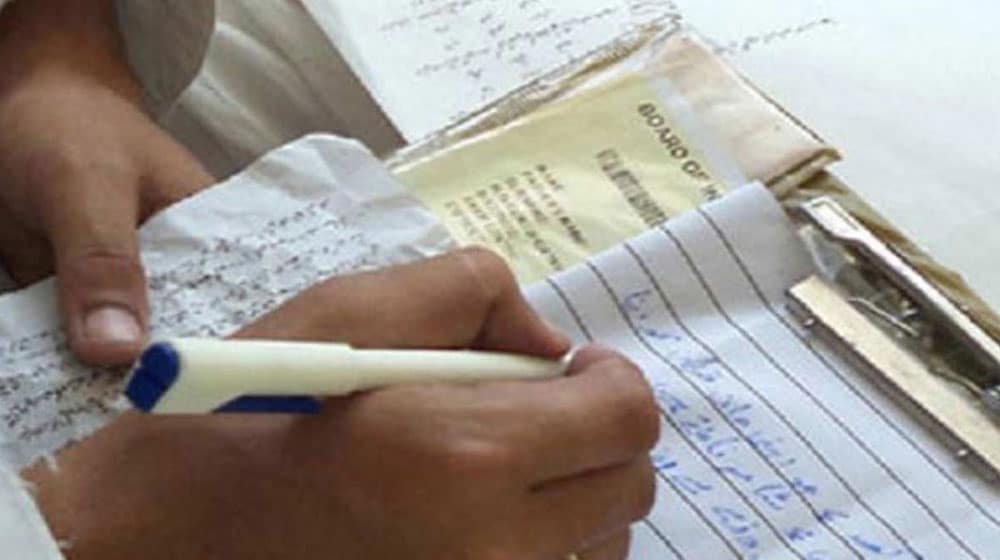 Sindh Minister for Education, Syed Sardar Ali Shah, has announced that the principals will be held responsible if a cheating case is reported in their respective schools and colleges.

“The school/college principal will face disciplinary action and be suspended if a case of cheating in the exams is reported,” he said while chairing a meeting with Sindh Universities and Board Minister, Ismail Rahu, on Monday.

“Students will not be allowed to carry mobile phones inside exam centers,” the minister said, adding that teachers and exam staff, too, will be barred from bringing mobiles to an examination center.

He mentioned that the quality of education at the public colleges will be checked in the coming days. Until then, the registration of new colleges across the province will remain suspended.

Shah also directed the concerned authorities to compile a record of all private colleges and shut down all unregistered ones.

Later, the minister also paid a surprise visit to the office of the education department at the Sindh Secretariat and checked the attendance of the staff and officers.

While suspending the absentees, Shah warned everyone to pay full attention to their work and said he will visit the office from time to time to check the progress.

Earlier on Sunday, the Sindh education minister had announced to keep the schools and colleges closed until 19 August. He, however, said that the examinations will resume from Tuesday, 10 August.