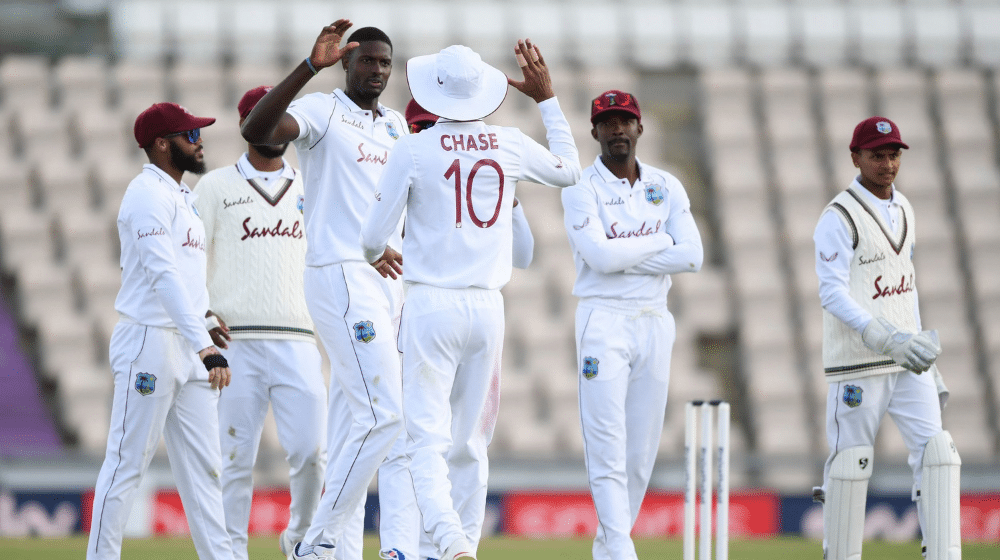 West Indies have announced their 17-man squad for the upcoming two-match Test series against Pakistan. Middle-order batsman, Shamarh Brooks and fast bowler, Chemar Holder have been recalled to the squad in place of the experienced duo of Darren Bravo and Shannon Gabriel.

Fast bowler, Shannon Gabriel was left out of the squad as he is still recovering from an injury. Gabriel who is an integral part of the West Indies Test side has been given time to fully recover from his injury and recondition his body for the future Test series.

Stylish middle-order batsman, Darren Bravo, has been left out of the squad as he had been in the ‘bio-secure bubble’ since the South Africa Test series. West Indies Cricket’s chief selector, Roger Harper, revealed that Bravo has been given a break for some time.

“I expect the team to be highly competitive in every department while playing with passion, purpose, and determination. I look forward to the batsmen stepping up as they did in the series against Bangladesh and against Sri Lanka earlier this year in Antigua,” Harper said.

The two-match Test series between Pakistan and West Indies will commence from 12 August at Sabina Park, Jamaica.