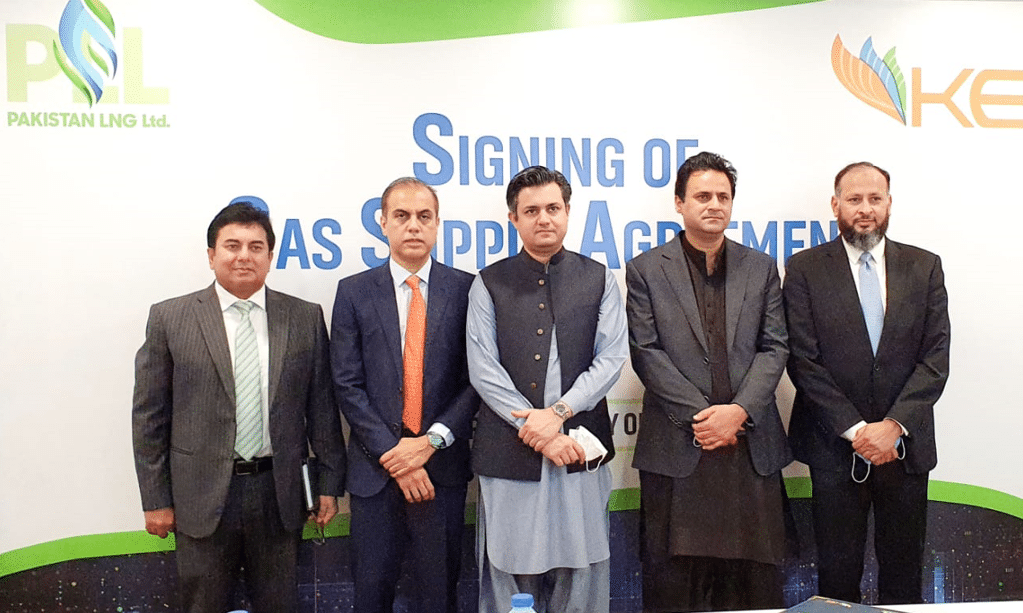 PLL’s CEO, Masood Nabi, and KE’s CEO, Moonis Alvi, signed the agreement, securing 150 MMCFD of RLNG. The agreement was signed after both the companies were accorded the necessary approvals, including the approval from the Oil and Gas Regulatory Authority (OGRA), according to a statement issued by PLL on Tuesday.

The signing ceremony took place at PLL’s office in the presence of the federal Minister for Energy, Hammad Azhar; the Special Assistant to the Prime Minister, Tabish Gauhar; the Secretary of the Petroleum Division, Dr. Arshad Mehmood; and other senior officials from the Ministry of Energy. The senior management of the companies were also in attendance.

Minister Azhar lauded the organizations’ achievement of the milestone and called it “a step in the right direction for the future of Karachi and a positive move for both KE and PLL which ensures the interests of both parties as well as Karachi”.

PLL CEO Nabi remarked that the agreement is the first of its kind whereby RLNG is being directly supplied via a government entity to a private company in Pakistan.

In line with the government’s resolve to alleviate the energy crisis from Karachi, PLL will supply 150 MMCFD of RLNG to fuel KE’s new power plant of 900 MW.

He said, “This will remain a key moment in the public-private collaborative efforts towards the country’s sustained growth”.

The power plant BQPS-III is KE’s flagship project that is valued at north of $600 million and will add 900 MW to its generation supply.

KE CEO Alvi thanked the Ministry of Energy for its support and said, “Work on BQPS-III is progressing swiftly and this is the fastest commissioning of a project in recent times. The addition of this plant will go a long way in supporting Karachi’s continued growth”.