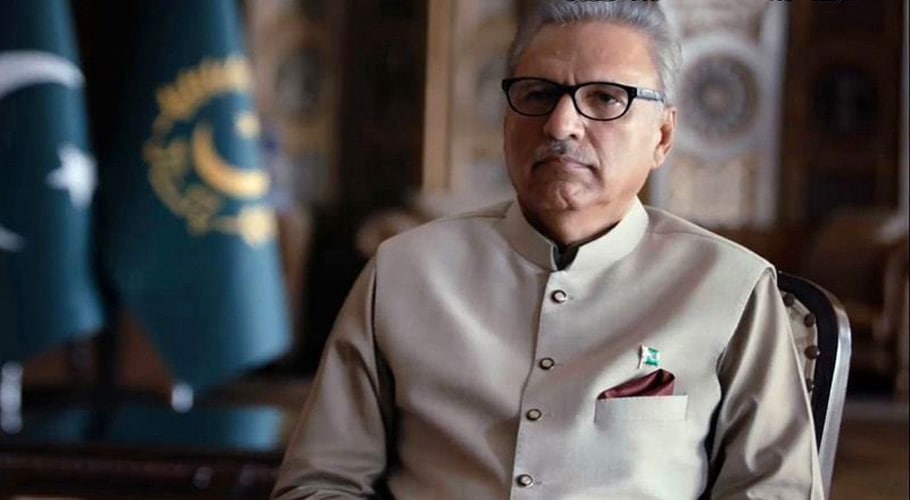 President Arif Alvi has directed Federal Board of Revenue (FBR) Chairman Asim Ahmad that the Fact-Finding Inquiry Committees, dealing with 130 Suo Moto refund cases, should expedite the process against the accused officers/officials involved in the issuance of bogus refunds.

In a letter to Chairman FBR, President’s Secretariat informed that 29 representations have been filed by the Federal Board of Revenue assailing the orders of the Federal Tax Ombudsman passed in Own Motion cases in which bogus sales tax refunds were reimbursed fully/partially by the delinquent officers/officials of the FBR to the fake claimants. All the representations, being identical in nature, are being disposed of accordingly.

The background of the case is that these were Own Motion Investigations initiated by the FTO while exercising powers conferred under Section 9(1) of the Federal Tax Ombudsman Ordinance, 2000 to investigate irregularities committed by the FBR field formations in processing and sanctioning of bogus Sales Tax Refunds (STR). This huge scam was unearthed by the Directorate General Intelligence & Investigation-Inland Revenue (DG-l&I-IR) of the Federal Board of Revenue (FBR) and “Red Alerts” were issued to the concerned field formations but no action was initiated against delinquent officers/officials of the FBR and the fake claimants.

The FTO on taking notice and cognizance of the matters issued directions and recommendations to the FBR. The FBR should direct the Chief Commissioners-IR; to investigate and identify the officials involved in registration and verification of the RPs and initiate disciplinary/criminal actions against those found involved.

The FBR should identify the officers/officials who were involved in processing on the basis of fake and flying invoices and issuing refunds of Sales Tax and take appropriate criminal/disciplinary actions against them.

The FBR should initiate appropriate actions for recovery of refunded amounts and any other liability and report compliance within 45 days; hence these representations are of identical nature by the FBR.

At the outset, the Departmental Representatives (DRs) have intimated that in pursuance of the Federal Tax Ombudsman’s recommendations and the Hon’ble President’s Orders already made on some Suo Moto cases, the FBR has constituted six (6) Fact-Finding Inquiry Committees to deal with 130 Suo Moto cases all over the country.

These Committees will have to submit their reports to the FBR and reportedly the Fact-Finding Inquiry Committees have already started proceedings against the accused officers/officials involved in these cases.

The Terms of Reference (ToR) of the Committees included to clearly identify what wrongdoing, omissions or commissions are done in each case; identify officers/officials by name and designation who have dune any wrong or have been involved in any omission and fix responsibility of wrongdoings, omissions and commissions and to apportion the responsibility of each officer/official.

The FBR has already started implementing of the Federal Tax Ombudsman’s recommendations made in the Suo Moto cases. The Fact-Finding Inquiry Committees are to identify the delinquent officers/officials, fix responsibilities, determine irregularities/procedural lapse or revenue losses caused, prepare draft charge sheets, statement of allegations and submit their fact-finding inquiry reports to the Board. The Inquiry Reports shall have to address all above ToRs in letter and spirit.

The President’s directions to the FBR Chairman revealed that the FBR had already initiated necessary measures in order to implement recommendations of the Federal Tax Ombudsman made on Suo Moto cases, thus, these 29 representations pertaining to the cases in which full/partial refunds were paid fraudulently deserve to be disposed of with the directions to the FBR that a monthly implementation report shall be submitted to the Federal Tax Ombudsman’s Secretariat till the completion of the action on each case.

Needless to mention that in case any departmental action is proposed against any official, he will be afforded the due opportunity of showing cause and defence which will satisfy the requirement of due process and principles of natural justice. In such circumstances, the representations are liable to be disposed of accordingly.