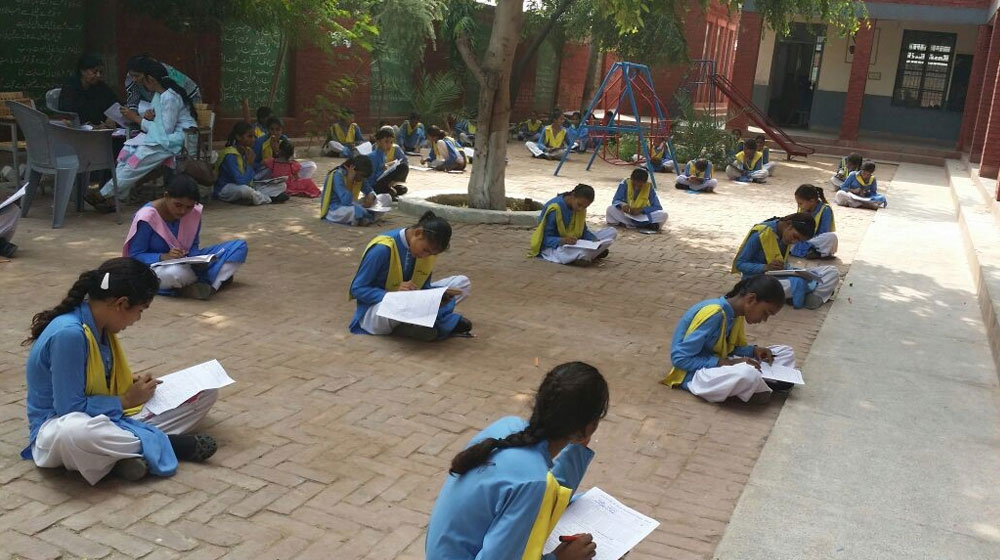 A private schools’ organization in Sindh has announced to conduct outdoor classes from Monday under a ‘save education movement’ – a push for the resumption of educational activities across the province.

A statement from the All-Private Schools Management Association on Sunday had announced to conduct classes on the streets if campuses are not allowed to resume academic activities.

Pakistan Comes to the Rescue of Afghanistan Cricket Team Once Again

In a statement, the association’s leader, Tariq Shah, had said that the school administrations would launch a ‘save education movement’ by introducing outdoor schooling.

“We are starting the outdoor classes from Monday,” he said, adding that a protest will be also be held at KDA Chowrangi in North Nazimabad near the Hyderi Market on Monday at 9:30 am.

He said that the never-ending lockdown by the provincial government had forced private schools to move to outdoor schooling.

“The education system is going on all over the country except for Sindh. I don’t understand why only the children of Sindh are being deprived of education,” he added.

Meanwhile, the Sindh government has said that any attempt to violate closure orders will have serious legal repercussions.

Talking to a news channel on Sunday, the Sindh Minister for Education, Syed Sardar Ali Shah, said that the registration of schools that reopened on Monday against the government’s order would be canceled.

On the other hand, the School Education and Literacy Department Directorate of Inspection and Registration of Private Institutions DG, Dr. Mansoob Hussain Siddiqui, has also warned schools against reopening until 100 percent of their staff members are vaccinated.

“You are hereby directed to complete vaccination of all teaching and non-teaching, administrative staff and also complete necessary arrangements for the full implementation of the COVID-19 SOPs before the reopening of schools,” said a notification issued on Sunday.

Note that the Sindh Chief Minister, Syed Murad Ali Shah, had announced to delay the reopening of schools across the province by another week. While addressing a press conference on Friday, he said that the decision was in line with the instructions from the health department, fearing a sharp spike in COVID-19 cases after Muharram.