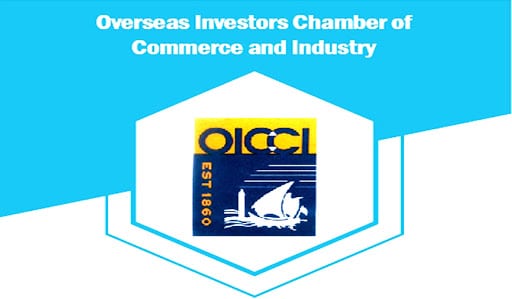 The Overseas Investors Chamber of Commerce and Industry (OICCI) shared the results of its comprehensive Business Confidence Index (BCI) Survey – Wave 20 conducted throughout the country between May and July 2021.

The survey revealed that the overall Business Confidence Score (BCS) in Pakistan now stands at a positive score of nine percent, a record improvement by 59 percent from the previous negative 50 percent score in the Wave 19 Survey that was conducted in May 2020.

It may be noted that a positive BCI was last seen during Wave 16 conducted in April 2018.

Conducted periodically, the OICCI BCI Survey contains comprehensive feedback from frontline business stakeholders of their views on the environment and opportunities impacting their business operations. The feedback covers business environment at regional, national, sectorial, and own business entity levels in the last six months, and the anticipated business and investment environment in the next six months.

This survey is done face-to-face in nine cities, covering 80 percent of the GDP, with higher weightage given to the key business centers of Karachi, Lahore, Rawalpindi-Islamabad, and Faisalabad.

The survey sample consisted of 40 percent respondents from the Manufacturing sector, 35 percent from the Services sector, and 25 percent from retailers/wholesalers.

The confidence of the business community across Pakistan in shifting from negative territory in the last survey to positive territory is driven by all the three segments — Manufacturing, Services, and Retail/Wholesale — with the first two recording an increase of 65 percent each, (Manufacturing from -48 percent to 17 percent, and Services from -59 percent to six percent) while the Retail/Wholesale sector went up by 44 percent (from -44 percent to 0).

As the lockdown restrictions have been lifted, many manufacturing concerns have returned to 100 percent capacity of production and are even able to sell their product during the lockdowns, which positively impacts all the business sectors.

Retailer and Wholesalers were largely affected by the COVID–19 restrictions as their business hours reduced, resulting in income, cash flow, and other issues. This segment also believes that the next six months will be better with more sales, profits, and an improved overall situation for Pakistan.

Commenting on the improved BCS, the President of the OICCI, Irfan Siddiqui noted that “the results of BCI Survey suggests a very dramatic turnaround in the confidence of businesses, including foreign investors. Despite challenging macro-economic indicators like the high exchange rate, accelerated inflation, partially offset by reduced bank interest rate, the Wave 20 BCI feedback strongly reflects optimism of the business community moving forward, contrary to the pessimism in the previous Wave 19″.

He added that “the key drivers of this optimism, and turnaround in sentiments, are the business community’s strong positive perception towards the future, specifically the next 6 months. Through proactive economic and social policy measures taken by the authorities supported by the roll out of vaccines, the government appears to have succeeded in building confidence among the key economic stakeholders”.

The fiscal budget 2021-22 was a success in the business community as the BCI score was significantly higher after the fiscal budget with respondents perceiving that those policies are now more transparent, consistent, and predictable, and expect improvements in their business-related KPIs within the upcoming six months.

The sentiments of the OICCI members, the leading foreign investors who were randomly included in the survey has also recorded a sharp turnaround and improved by 108 percent from 74 percent negative in Wave 19 to 34 percent positive in the latest BCI Wave 20 survey, surpassing the overall countrywide BCI of nine percent.

Commenting on the concerns expressed by several respondents, the CEO and Secretary General of the OICCI, M. Abdul Aleem, remarked that “the three major threats to business growth identified in the survey are corruption (67 percent), volatile energy costs (66 percent), and currency devaluation (60 percent), which could potentially slow down business growth in Pakistan”.

He added that “Nine of ten survey respondents believe that COVID had made it difficult to perform day to day business operations”.

The OICCI is the collective voice of major foreign investors in Pakistan. The over 200 OICCI members from 35 different countries have a presence in 14 sectors of the economy and contribute over one-third of Pakistan’s total tax revenue besides facilitating the transfer of technology and skills and providing employment to a sizeable number of people.

A total of 57 OICCI member companies are listed on the Pakistan Stock Exchange and 50 members are associates of the 2020 Global Fortune 500 companies. Besides their business operations, the OICCI members realize their corporate social responsibilities and are major contributors to various CSR activities benefitting 6.2 million persons from the underprivileged communities in 2020.