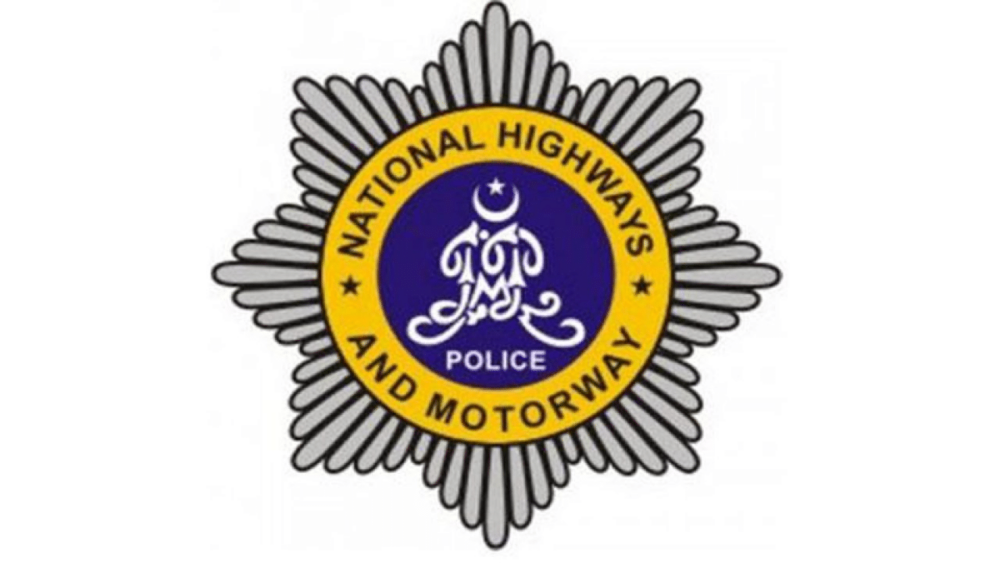 The National Highways & Motorway Police has issued an alert, stating that unvaccinated individuals will not be allowed to commute via the Motorway.

The alert was published on Twitter today, informing people to get vaccinated by 15 September and to carry their vaccination certificates while traveling. Those who fail to comply with the new directive will not be able to traverse the national highway. 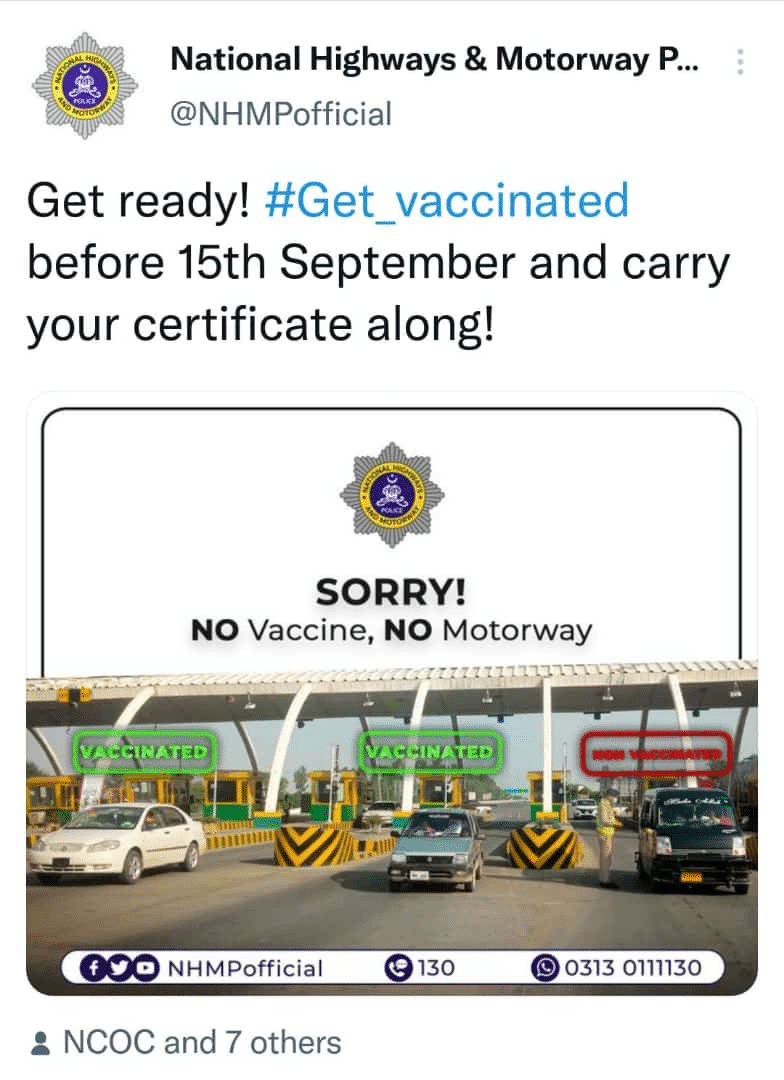 The Ministry of Railway had issued a similar notification earlier this month, warning that unvaccinated commuters will be charged 10 percent extra on train tickets from 1 September onwards.

The Director of Public Relations at Pakistan Railway, Nazia Jabeen, had declared that “31 March 2022 is the cut-off date for all railway passengers to get their jabs. From 1 April 2022, no unvaccinated passenger will be allowed on board”.

The National Command and Operation Center (NCOC) had banned domestic air travel for unvaccinated people in July, and said that “the provinces have been issued detailed directives for strict implementation on SOPs”.