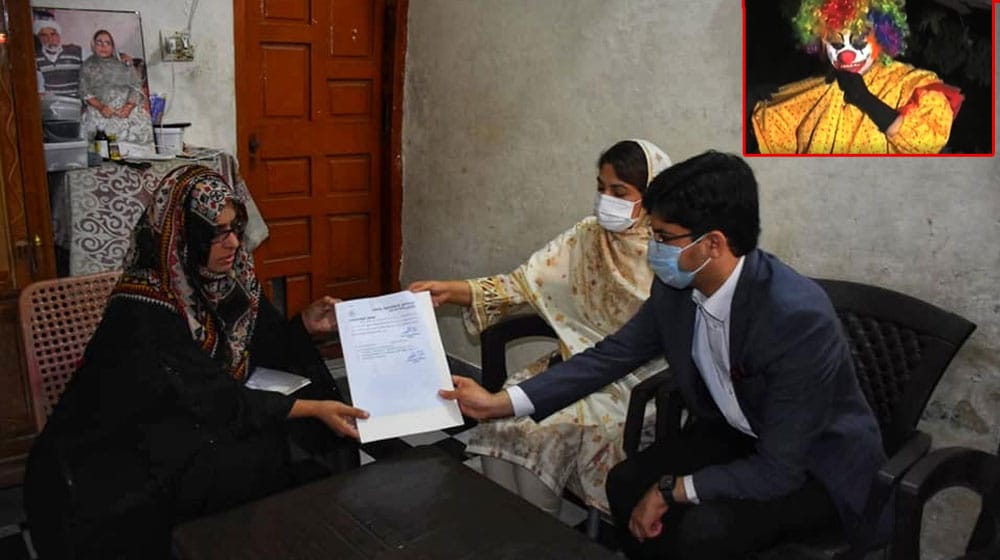 The Punjab government has come to the rescue of Saima Sarwar, a drop-out medical student who turned street clown for her mother’s medical treatment.

Saima was a medical student and aspired to become a doctor one day. However, her life turned upside down when her father and two brothers died within a span of three years, leaving no one but herself to take care of her ailing mother.

Saima could not afford a full-time job as she had to attend to her mother, so she took a part-time job in a local firm, but left it after facing harassment.

According to her, there was a time when she even considered begging on the streets. However, instead of giving up or choosing an easy way out, like begging, she decided to wear a clown mascot and sell children’s toys on the streets.

Taking up this job was never easy as she had to kill her inner self to dress up as a clown and sell toys in public places.

In an interview with UrduPoint, she revealed that people, probably mistaking her for a transgender, even slapped her and called names, but she did not give in.

The interview went viral and attracted the attention of the provincial government. Last week, the CM Buzdar contacted Saima and constituted a medical board for the examination of her mother, diagnosis, and cost estimates.

Later, on the directives of the Chief Minister Buzdar, DC Lahore met Saima on Monday and handed her a check for financial aid and a letter of employment in Civil Defense. Besides, he also lauded Saima’s courage and wished her luck for the future.