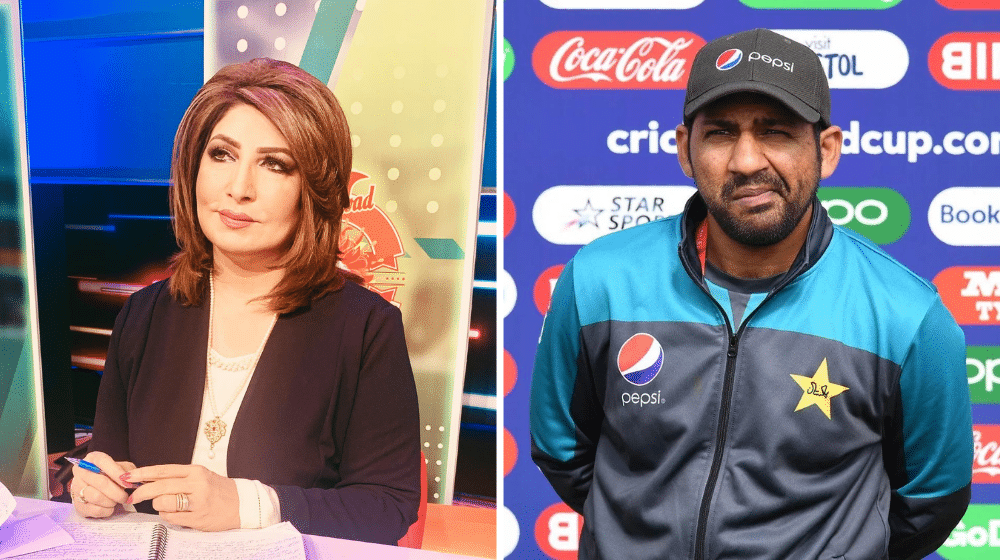 Former Pakistan captain, Sarfaraz Ahmed, has been known to have a temper on the field, but lately, his frustration translates through Twitter. Sarfaraz lashed out at the senior sports journalist, Aalia Rasheed, as she made a witty comment towards the wicket-keeper batsman.

Sarfaraz told Aalia to not share personal comments with him and to keep her views limited to cricket, to which Aalia replied that it was an innocent joke, and Sarfaraz has taken her comments out of context.

The incident occurred as Sarfaraz’s wife uploaded a video of Sarfaraz cooking food on Twitter.

Perks of him being around :) pic.twitter.com/txk0QknOJ8

Pakistan’s right-arm pacer, Hasan Ali, commented on the video and joked that Sarfaraz did not tell his teammates about his hidden talent. Pakistan’s limited-overs vice-captain, Shadab Khan, joined the conversation and wrote that they would ask Sarfaraz to make the tea for them the next time they meet.

Sports journalist, Aalia replied to Shadab and joked that there was a huge issue created by the media and the cricketing fraternity when Sarfaraz was asked to carry the drinks for the teammates, so he better watch out if he is seen making tea for his team.

Sarfaraz did not take the comment lightly and told Aalia to not intervene in their conversation and to limit her views to cricket only.