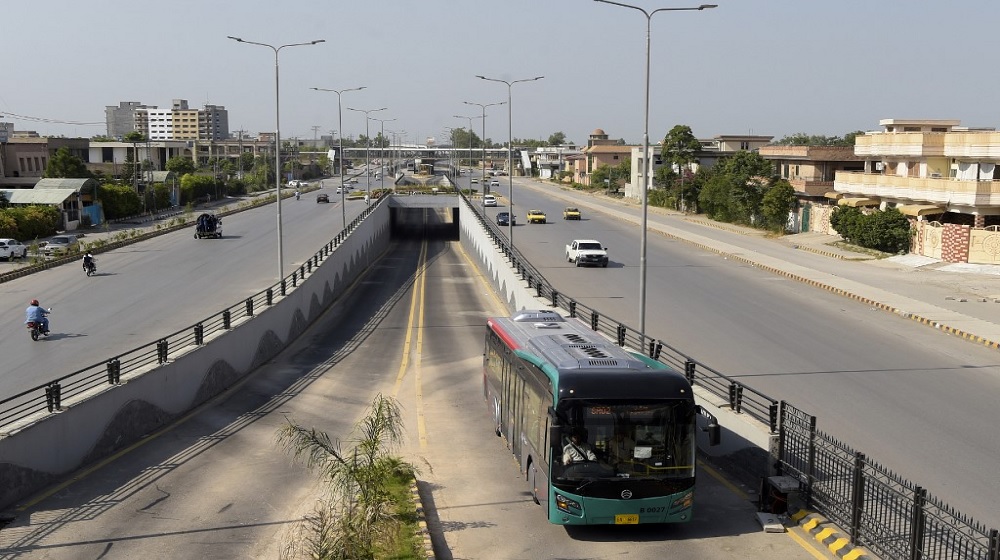 Special Assistant to the Chief Minister on Information and Higher Education in Khyber Pakhtunkhwa Kamran Bangash stated on Thursday that the Peshawar Bus Rapid Transport (BRT) will get a subsidy of Rs. 2.8 billion for FY 21, and it will be reduced to Rs. 1 billion after the construction of the depots is completed.

He refuted the claim that the service is suffering losses due to low ridership, and stated that over 160,000 commuters use it on a daily basis, which is higher than other mass transit services like the Lahore and Multan Metros.

Bangash added that the Lahore, Multan, and Orange Line Metro Train are receiving Rs. 4.1 billion, Rs. 3.6 billion, and Rs. 8 billion respectively in subsidies from the Government of Punjab.

Peshawar BRT has the lowest fare in the country and the provincial government has maintained it to facilitate the poor, he explained.

The Special Assistant also pointed out that prior to the launch of the BRT, travelers (particularly women) had to take taxis that would cost them between Rs. 300 and Rs. 400 for the same distance that they can now travel for Rs. 50.