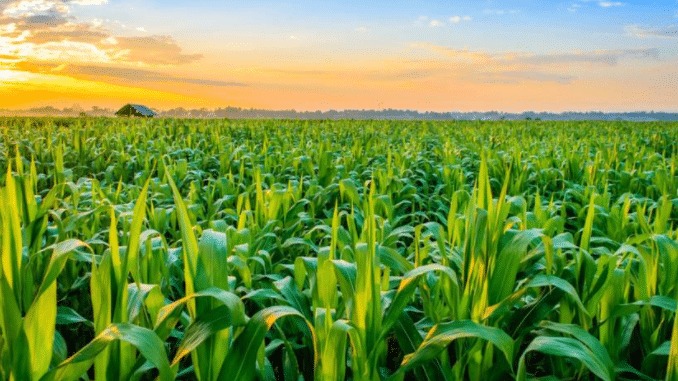 The National Assembly Special Committee on Agricultural Products has urged the government to holistically address the structural, operational, and policy issues to accelerate the country’s agricultural exports.

It was revealed that the high cost of production, low level of farms productivity, lack of research in seed development, and infrastructural bottlenecks preclude the fulfillment of Pakistan’s quest for enhanced agricultural export value and competitiveness.

The Committee members expressed an apprehension that food inflation would derail the prospects of Pakistan’s economic growth. They stressed the need for meaningful intervention, and modernization and structural transformation of the agriculture sector.

It is worth mentioning that a sub-committee led by Member National Assembly Shandana Gulzar Khan was tasked to focus on the problems of agricultural exporters and make recommendations to eliminate the hindrances in order to enhance the country’s export value.

Speaker National Assembly Asad Qaiser has initiated a series of meetings of the Special Committee to zero in on the challenges of Pakistan’s agro-economy. Representatives of All Pakistan Fruit and Vegetable Exporters, Importers and Merchants Association, and Rice Exporters Association, as well as the officials of the Ministry of Commerce, Food Security, and Pakistan Agricultural Research Council had briefed the Committee the other day on the challenges to rice and fruits and vegetable exports.

Mr. Waheed Ahmed, the Patron-in-Chief of All Pakistan Fruit and Vegetable Exporters, Importers and Merchants Association, warned that without a substantial intervention to support the agriculture sector, Pakistan would head toward an inflation-enabled food security crisis. He appreciated the Speaker National Assembly’s efforts last year that resulted in breaking the previous records of Pakistan’s food and agricultural exports. He affirmed that the Parliamentarians had great leverage to accelerate the country’s agro-economic growth.

The exporters vowed to bring drastic improvement in Pakistan’s agricultural export subject to resolution of their problems. They said it was feared that Pakistan’s $200 million export of Kinnow was endangered, as Kinnow was facing acute viral diseases and insect infestation. They demanded the government to recognize fruits and vegetables as an industry and extend privileges to it, like other export-oriented sectors including textile, carpet, leather, sports and surgical goods. It was also demanded that the quarantine facilities at Taftan and Chaman borders should be reactivated to facilitate exporters. The Committee was urged to reduce the fee for issuance of Phyto-Sanitary certificate from Rs. 2,500 to Rs. 300.

The rice exporters urged the government to urgently address the issues pertaining to the availability and price of freight logistics as they result in the carry-over of stocks. They highlighted that the destination charges got more than tripled, yet the availability was still poor to the point that exporters were not able to meet their orders. It is resulting in a bigger carry-over of stocks than usual into the next harvest, they added.