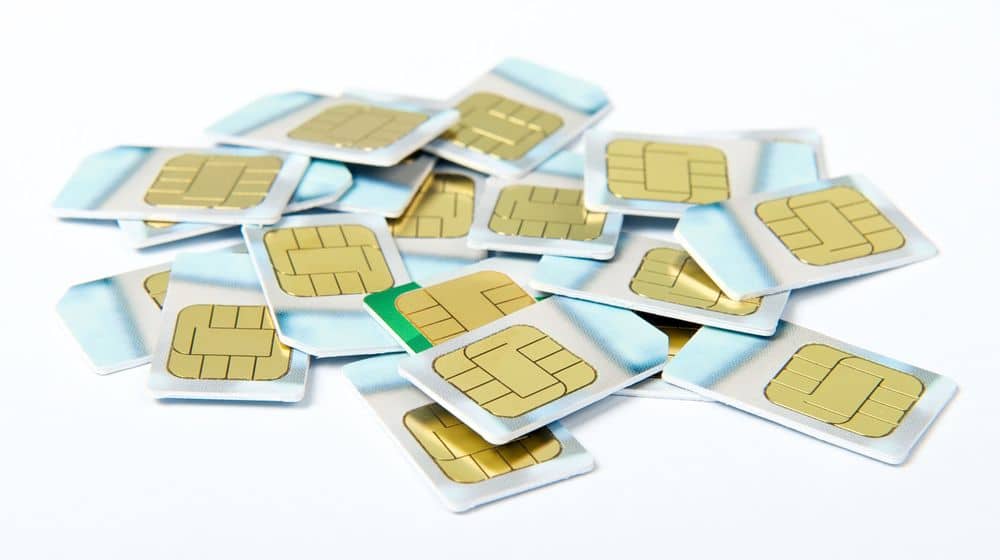 The Pakistan Telecommunication Authority has fined two telcos hefty sums of Rs. 100 million and Rs. 50 million for issuing SIMs to unauthorized individuals, as revealed by the Chairman of the PTA, Gen. (R) Amir Azeem Bajwa, during a media brief earlier today.

He said that the Pakistan Telecommunication Authority (PTA) is actively working to curb ways that allow individuals to obtain SIMs on fake biometric impressions, and added that it seeks to formulate a way to eliminate the practice entirely as it causes serious damage to the masses besides being a matter of national security.

The Chairman agreed that there are still instances involving people recording thumb impressions of citizens on silicon or other substances and then replicating them for the issuance of biometric verified SIMs, but acknowledged that the number of such SIMs being sold in the market has decreased notably.

“The number of such illegal sales of SIMs has been brought down by more than 300 percent during past two years alone,” he stated.

He added that the PTA has put several checks on the issuance of new SIMs, and it thoroughly investigates matters involving discrepancies and fixes them responsibly.

“We make sure that track of every sale of SIM is kept so that in case of any illegality, we are able to pin down to the exact retailer/franchisee or anyone who had sold the SIM to ensure that offenders are served with the consequences,” he explained.

“We fined Rs. 100 million to one operator while another Rs. 50 million to another for violating SOPs for issuance of bio-metric verified SIMs,” he said.

When asked to name the operators, the Chairman refrained from doing so and responded instead that the PTA is leaving no stone unturned in preventing the sale of illegal SIMs in the country. He revealed that it is “also working on facial recognition and other AI models to dynamically help us in stopping the sale of illegal SIMs to completely eliminate the chances of any such sale in the future”.

Gen. Bajwa remarked that mass scale awareness is required to warn the common man not to give thumb impressions to fraudsters who impersonate representatives of the BISP or Ehsaas programs.

He said that such illegal SIMS are the root cause of many crimes in society and may harm Pakistan’s national security as well, and there is no other remedy but putting a complete stop to the sale of illegal SIMs.