The Pakistani rupee (PKR) appreciated against the US dollar (USD) on Thursday, recovering from September 15’s record low and gaining 94 paisas in the inter-bank market to close at Rs. 168.18. 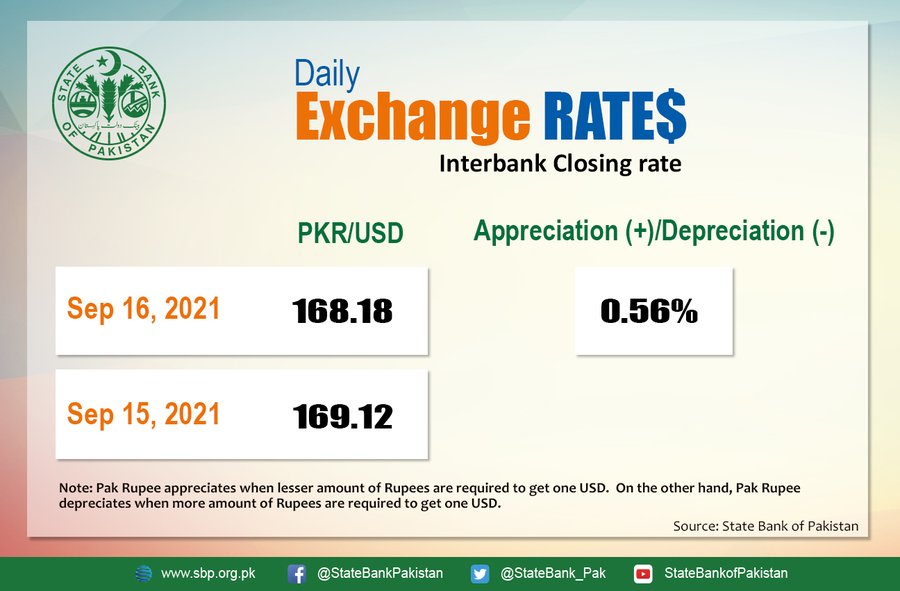 On September 15, the SBP Deputy Governor appeared on a talk show, hosted by anchorperson Kamran Khan, and said that the central bank would take action to prevent panic in the forex market.

He said, “Our trade deficit has increased because the economic growth in the country is picking up, and along with that, international commodity prices are rising, impacting the import bill.”

“If some people start speculating, they must remember that they will be the losers at the end of the day,” he warned.

Ali Khizar, Head of Research at Business Recorder, tweeted that the warnings of State Bank of Pakistan (SBP) Deputy Governor Murtaza Syed against speculators had worked to alleviate some pressure on the PKR.

The threat by Deputy Governor SBP to market speculators worked right away (in immediate term). PKR/USD is trading below 168. https://t.co/aZtfIy1aMn pic.twitter.com/lfLAHn0Lq8 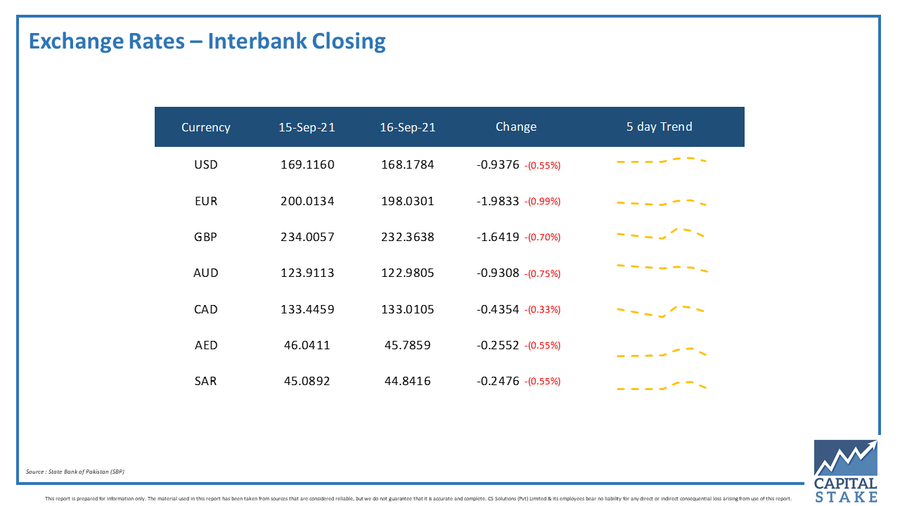