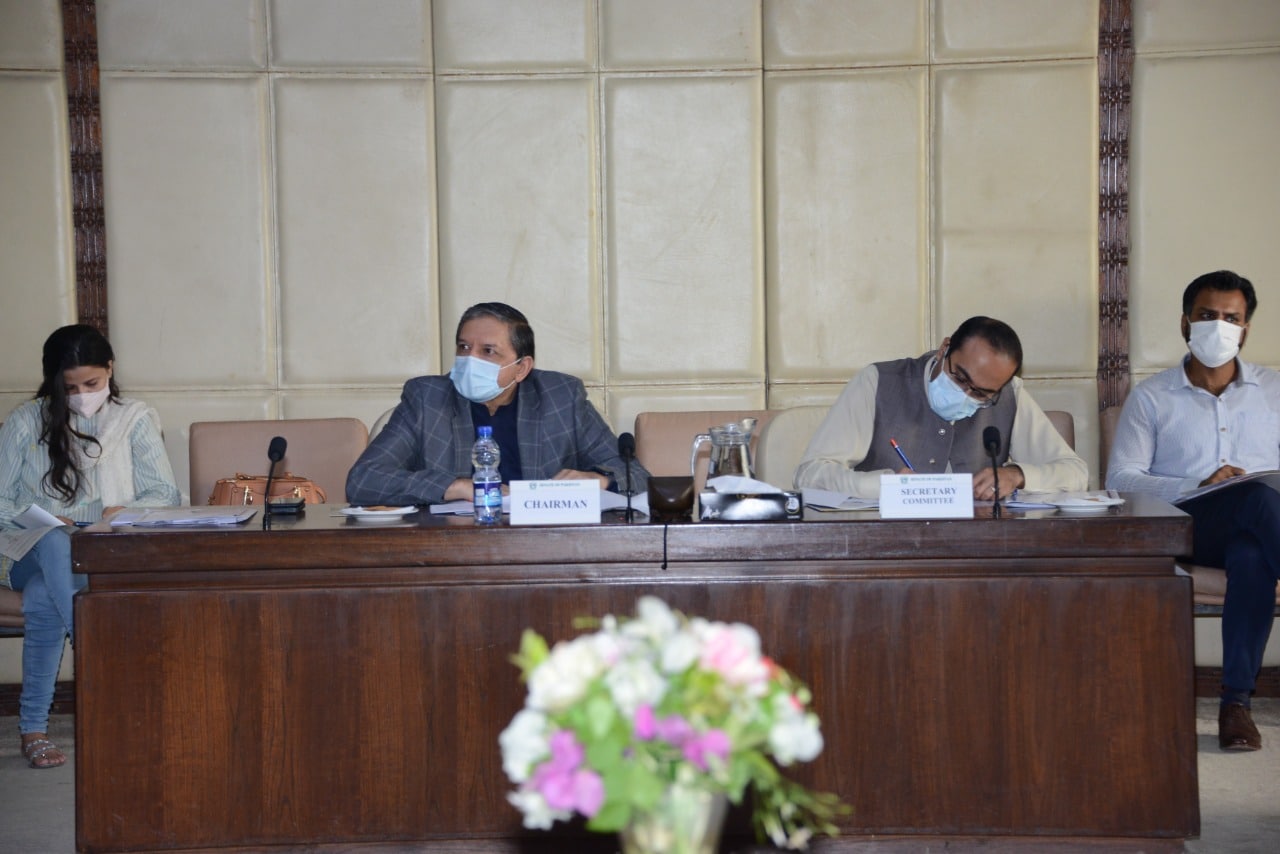 A meeting of the Senate Standing Committee on Planning, Development, and Special Initiatives was held under the Chairmanship of Senator Saleem Mandviwallah at the Parliament House on Thursday.

The Chairman expressed his concern that the committee’s proposals and recommendations on various projects at a provincial and federal level were not being considered.

He said that if the Senate’s recommendations are not considered, the committee’s efforts are futile.

The Planning Minister informed the Chairman that final approval on Planning, Development, and Special Initiatives (PSDP) projects is given by the National Economic Council (NEC).

Umer informed the committee that March 31, 2022, is the last date for any project to be sent for approval to the NEC.

The Chairman said that, in 2022, the committee will pre-plan projects and send their final proposals before February 2022.

Senator Shafeeq Tareen expressed his concern on the approval process of provincial projects, which can only be approved if the Chief Minister gives it the go-ahead.

Senator Muhammad Tahir Bizinjo inquired about the N-25 National Highway’s status. The Planning Minister told him that the N-25 had been approved en route to Karachi-Chaman.

Special Assistant to the Prime Minister on CPEC Affairs, Khalid Mansoor, informed the committee that an overview committee on development projects of Baluchistan, headed by MNA Khalid Magsi, has been constituted.

He said that the committee has representations of all political parties, but Senator Shafiq Tareen disagreed with this claim. The Chairman asked for a list of the committee members.

While briefing the committee on the financial and physical progress of all major CPEC projects, the committee was informed that 21 projects, amounting to $15.7 billion, have been completed.

Among these 21 projects, ten are power projects (5,320 MW) and HVDC transmission line projects, which amount to $9.6 billion.

While discussing the under implementation projects of Gwadar “Necessary Facilities of Fresh Water Treatment and Supply,” financed through the PSDP Costing to 130 USD Million is 60 percent completed. Pak China Friendship Hospital at Gwadar and Technical and Vocational Institute at Gwadar, financed by GRANT is 90 percent and 10 percent completed, respectively.

While discussing the under-consideration projects of $28.4 billion, Senator Sardar Shafiq Tareen said that coal resources of Balochistan should also be utilized for Power Plants, to which the SAPM on CPEC affairs replied that coal from Balochistan is rich in Sulphur, therefore, it is not feasible.

Commenting on Bostan Economic Zone, Senator Sardar Shafiq showed resentment that despite being the only zone of the province and very important on account of its location being very near to Chaman, Bostan Zone is ignored and there is nothing done which can be seen on the ground. The SAMP on CPEC affairs replied that they have coordinated with Chief Secretary Balochistan in this regard and progress could be seen.

Senator Sardar Shafiq Tareen also raised the issue of the construction of a new bypass to be built on Muslimbagh on Kuchlak to Zhob road. He also pointed out that the construction of Muslimbagh to Zhob road has not been started as of yet, on which the SAMP replied that the case is subjudice. Raising questions on the railway project, Senator Sardar Shafiq Tareen commented that the Quetta-Zhob-Kotla Jaam railway line is too short and must be prioritized.

The SAPM on CPEC affairs briefed the committee on the issues faced by the investors in terms of compliance with Investment and Agreement of CPEC–Phase 1 Power Projects including payment of IPPs, long outstanding over dues, the establishment of a revolving account, and WHT on sponsors’ dividends increased post-investment to 25 percent from 7.5 percent.

The SAPM apprised the committee that they plan to set up an “Investment Facilitation Center” to offer “One Window Operation to all Chinese Investors. The Chairman Committee recommended that the SEZ ACT 2012 should be amended to facilitate the investors.

The committee was also informed that Gwadar deep seaport being strategically located has the potential to become Regional Trading Hub and Investment and Marketing Plan to enhance port operations, and popular Gwadar Free zone is currently under development in close coordination with China Overseas Port Holding Company COPHL.