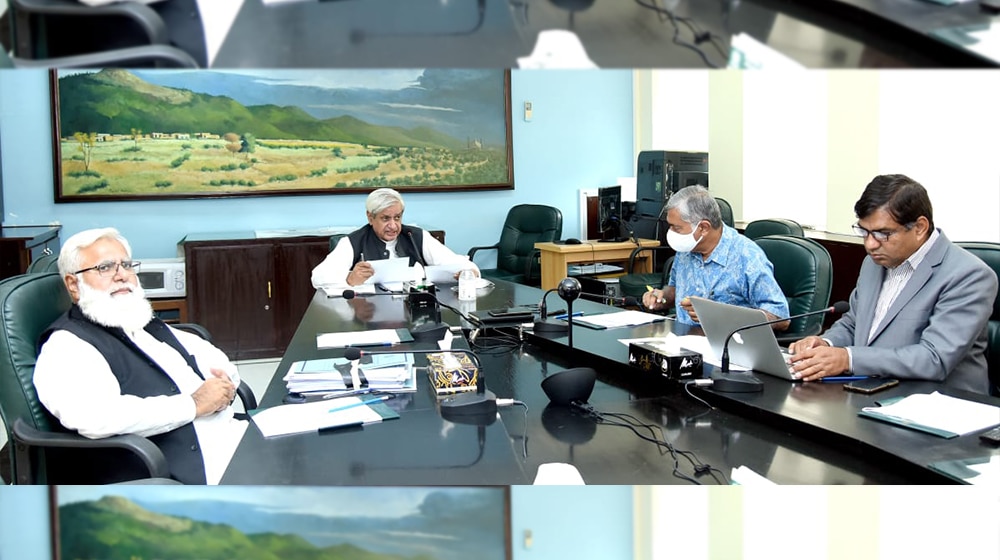 The Minister welcomed the participants and appreciated the role of all stakeholders in increasing the overall production of cotton.

Fakhar Imam said, “While comparing the production data of cotton till 15th September with the last year, over 2.69 million bales against 1.04 million bales have been transferred to the grinning factories despite having the lowest area of cultivation in the last 20 years for cotton, at about 1.87 million hectares.” Minister said that this represents over 159 percent higher arrivals so far.

Given the current trends of cotton arrival, it seems the total production of cotton will exceed the previous estimate of 8.46 million bales. Minister said that the need of the hour is to ensure vigilant crop management to maintain the positive yield trend.

He said that to maximize the production, it is imperative that growers focus on clean picking so that quality and higher grades are maintained to fetch better prices in the local market. He also advised that cotton farmers should carefully choose high-yielding cotton varieties for the next year and use certified seeds. Minister said that the government would be proactive with the provision of quality seed to facilitate farmers.

Fakhar emphasized that the provincial governments should carry out a proactive extension campaign to advise farmers to properly manage their cotton crop because the coming six weeks are critical to maintaining high yields.

Minister said that the present government, after eight years, had set an intervention price of Rs. 5,000 per 40kg, which encouraged the growers to invest in crop management and harvest higher yields. Fakhar Imam said that the government wishes to ensure that the concerns of all stakeholders are heard and addressed.

Senior officials of the provincial agriculture departments and the Ministry of National Food Security and Research (NFS&R) attended the meeting.