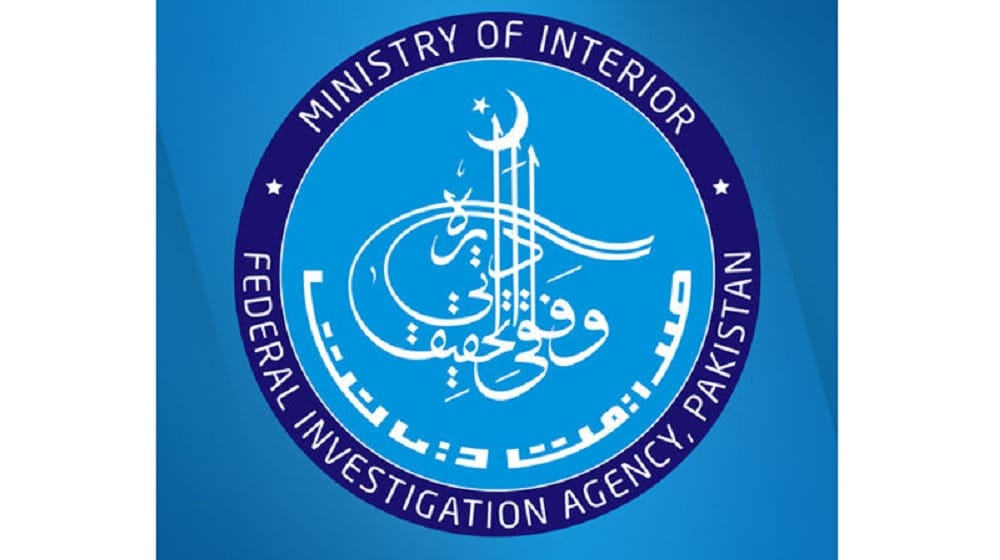 The Federal Investigation Agency (FIA) has apprised the Sindh High Court (SHC) that a former senator’s firm is allegedly involved in tax evasion and money laundering of $750 million.

While submitting comments on Taj Afridi’s petition against the FIA’s inquiry on Saturday, the agency’s Additional Director said that the former senator’s firm misused customs general orders while importing jet fuel on behalf of the NATO Support and Procurement Agency (NSPA) and caused a loss of millions of dollars to the national kitty.

He informed the court that the inquiry had been launched in July to verify the involvement of Al-Haj Group (owned by Taj Afridi) in alleged tax evasion and money laundering in connivance with the customs officials and others.

The Additional Director told the high court that the inquiry was launched on a pseudonymous complaint received last year that carried allegations of serious and specific nature. An initial inquiry found misuse of csustoms general orders which raised the suspicion of further malpractices.

He said that the petitioner is under investigation for alleged involvement in money laundering and corruption in connivance with customs officials. Therefore, his petition against the ongoing inquiry should be dismissed.

According to the complaint, Pakistan State Oil (PSO) had supplied jet fuel and diesel to NATO forces in Afghanistan and had submitted 17 percent customs duty on the national treasury. Afterward, Senator Taj Afridi had used influence to hand the contract over to his two companies, Alhaj Enterprises Pvt Ltd. and Al Noor Petroleum Pvt Ltd. The companies had brought 250 ships into the country, with each ship carrying fuel worth $3 million, which amounts to 750 million USD.

The FIA had begun the process of verifying the complaint in September 2020, and the investigation had been handed over to Fazal Mohammad, a Corporate Crime Circle Inspector. Later on, Ataullah Memon was appointed as the Investigation Inspector, and he had suggested that the investigation be stopped two months later in a report, stating: “The complainant seems to be anonymous and his email is fake”.

Subsequently, on 29 December 2020, the zonal office had been instructed to transfer the investigation to the Federal Board of Revenue (FBR).

The complaint also states that the Alhaj Group owns offshore companies, including Alhaj Energy, Trade DMCC, and Alhaj General Trading Company LLC, while an Indian company also owns shares in the Alhaj Group in the fuel storage terminal. The money from fuel had allegedly been laundered to Dubai and America.

Director FIA Sindh Zone, Amir Farooqi, confirmed that the investigations had been carried out in the Corporate Crime Circle.

Now, the investigation has been handed over to the Anti-Corruption Circle that is carrying it in the ACC Circle under Inquiry No. 42/2021.