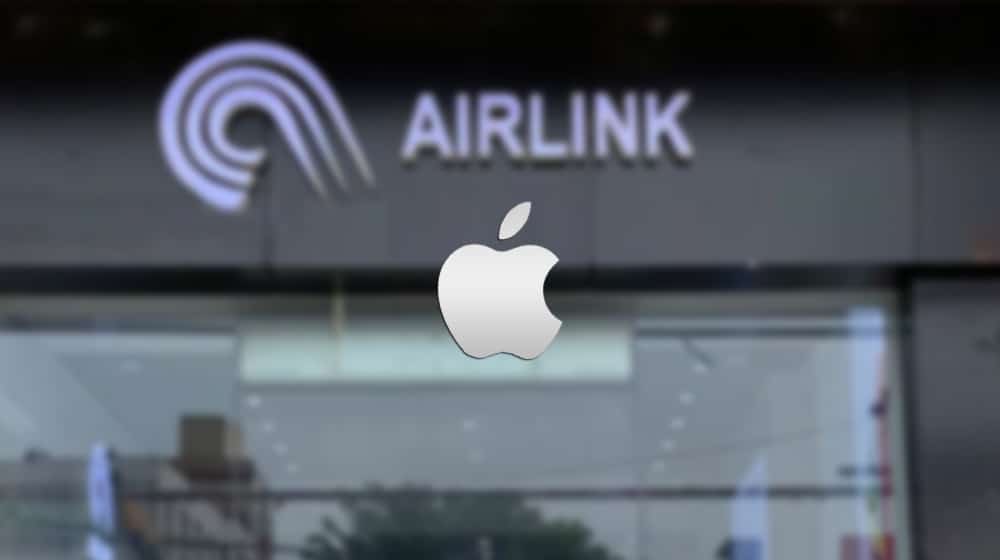 Airlink Communication Limited has entered into an agreement to resell Apple-branded products in Pakistan as an Apple Authorized Reseller.

According to the stock filing issued at the Pakistan Stock Exchange, Airlink Communication Limited has entered into an agreement with Apple South Asia Ltd., whereby it has been authorized by Apple to resell Apple Authorized Products in Pakistan.

Air Link Communication is an official partner of iPhone, Samsung, Huawei, MI, TCL, Alcatel, Tecno, and iTel in Pakistan for the distribution of mobile phones and accessories, having a 20-25 percent market. The sale of Apple and Samsung phones constitutes approximately 50 percent of its revenue.

The company had outstanding receivables of Rs. 4.7 billion on 30 June 2020, of which Rs. 2.6 billion had been due for over 90 days. Hence, it may be exposed to non-payment risk.

It operated fourteen retail outlets, five of which were located in Karachi, five in Lahore, two in Bahawalpur, and one each in Hyderabad and Multan.

It has a countrywide distribution network consisting of 16 regional hubs linked to over 1,000 wholesalers and over 4,000 retailers to facilitate the nationwide sales of mobile phones and accessories.

Airlink Communication has been listed at the Pakistan Stock Exchange through an IPO issue that received an overwhelming response from the shareholders.

The local production of Samsung phones is expected to commence in Pakistan by December 2021. The local production of Samsung may have a material impact on Airlink Communication Limited’s sales revenue. However, Pakistan’s smartphone market has immense potential because the smartphone userbase (as a percentage of the total population in Pakistan) is currently around 18 percent.

The local mobile market is expected to transition from feature phones to smartphones as cellular mobile operators are likely to phase out their 2G networks as 4G becomes more widely available and the proportion of low-cost smartphones increases in the future.