The Pakistani Rupee (PKR) lost 4 paisas against the US Dollar (USD) on Friday to close at 169.08.

The currency depreciated by 35 paisas against the USD and closed at 169.03 on September 23. It is gradually nearing the all-time low of 169.12 against USD that it crashed to on September 15. 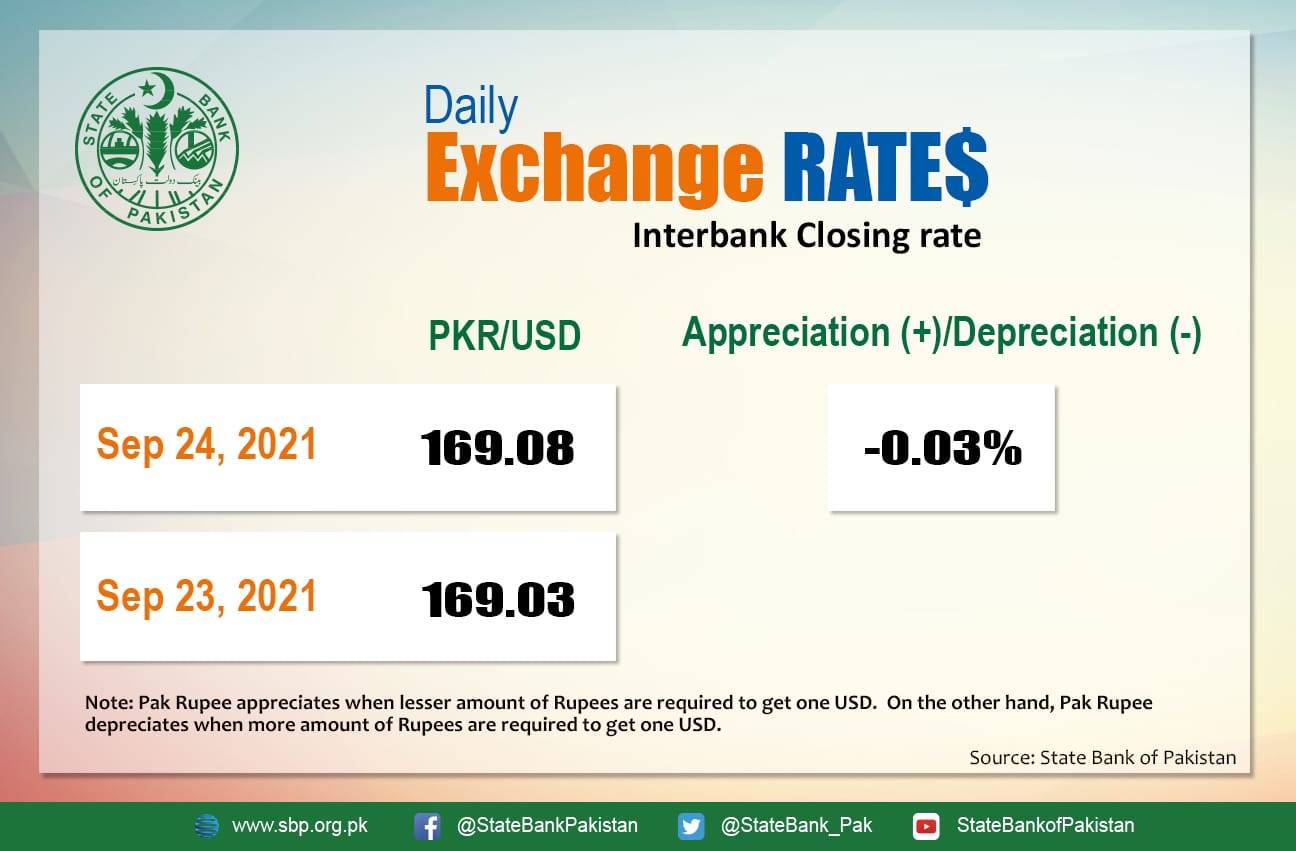 Total liquid foreign #reserves held by the country stood at US$ 26.40 billion as of September 17, 2021. For details: https://t.co/WpSgomENV3 pic.twitter.com/bpGU0nmWpU

In contrast, back on August 27, foreign exchange reserves held by the central bank surged to a record-high of $20.15 billion after Pakistan received its allocation of Special Drawing Rights (SDRs) worth $2,751.8 million from the International Monetary Fund (IMF).

Talks with the IMF over an additional $1 billion loan under its $6 billion loan program will start on October 4. 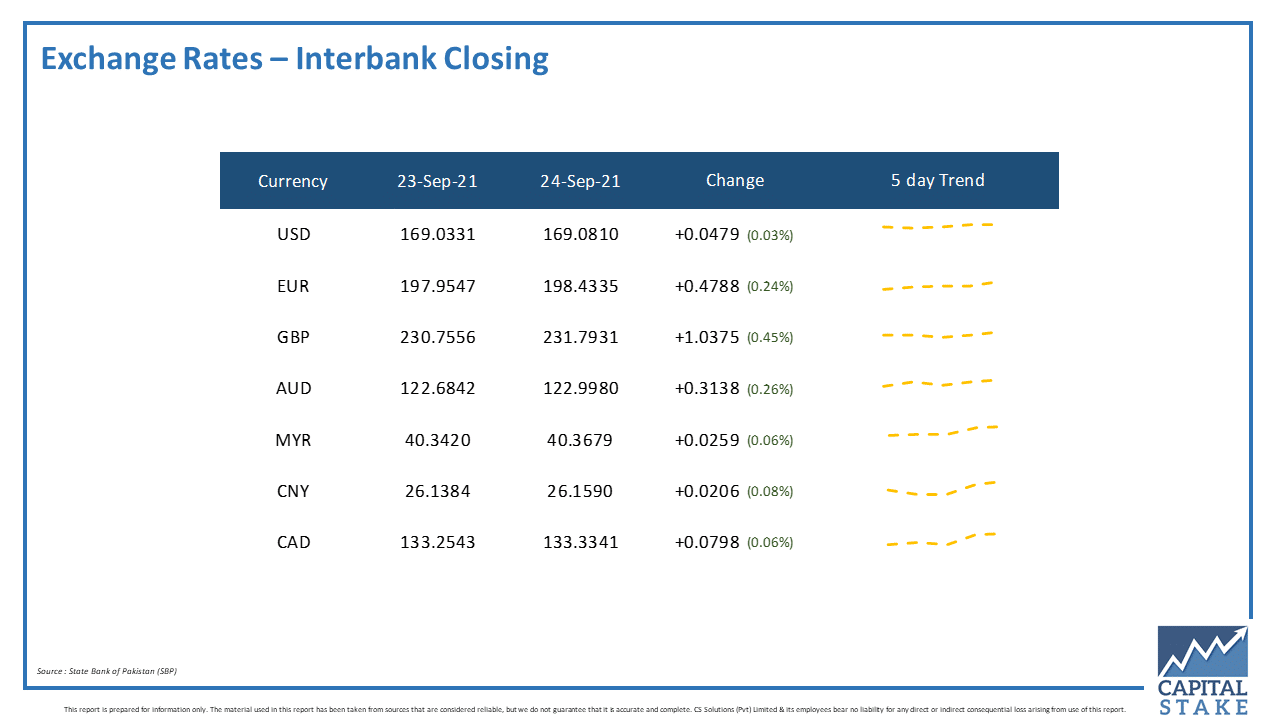