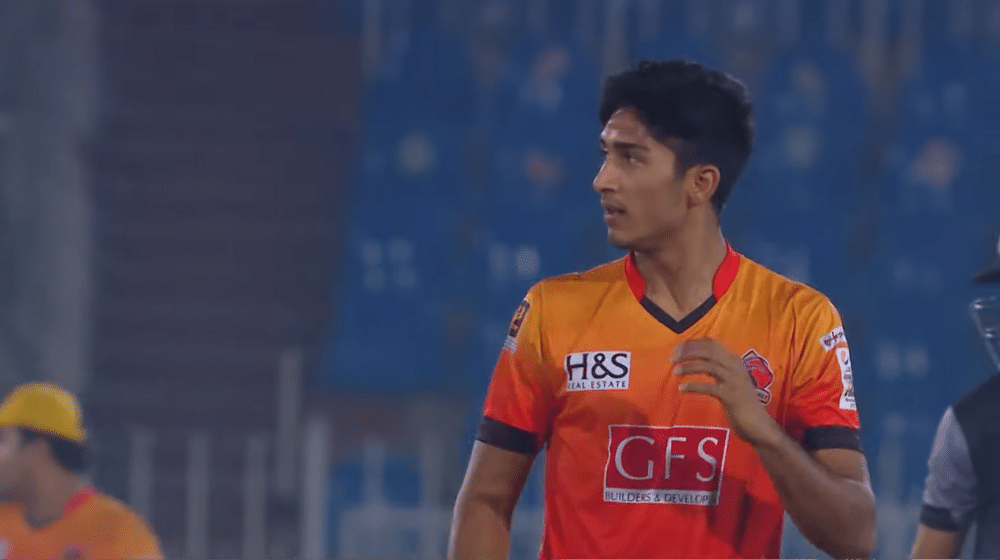 Pakistan’s right-arm fast bowler, Mohammad Hasnain, was on the receiving end of an onslaught by the explosive opener, Fakhar Zaman, in the encounter between Sindh and Khyber Pakhtunkhwa in the ongoing 2021 National T20 cup. Fakhar smacked Hasnain for 28 runs in the second over of the innings, the most expensive over so far in this edition of the National T20 Cup.

Hasnain conceded three huge sixes, one boundary, and bowled a wide ball that went for a four. The over completely changed the complexion of the game as KP chased down the target of 151 and handed Sindh their first defeat of the competition. Fakhar was named as player of the match for his exceptional knock of 49 off 32 balls, which included four boundaries and four sixes.

Here’s the video of the entertaining over:

Despite the defeat, Sindh still leads the 2021 National T20 Cup points table, having registered three wins in their first four matches. Northern and KP also have the same number of points, but Sindh are at the top due to a better net run rate.

Sindh will face Northern in their next encounter in a top-of-the-table clash at the Rawalpindi Cricket Stadium. Both the teams will be looking to continue their good run in the tournament and claim the top spot on the points table.