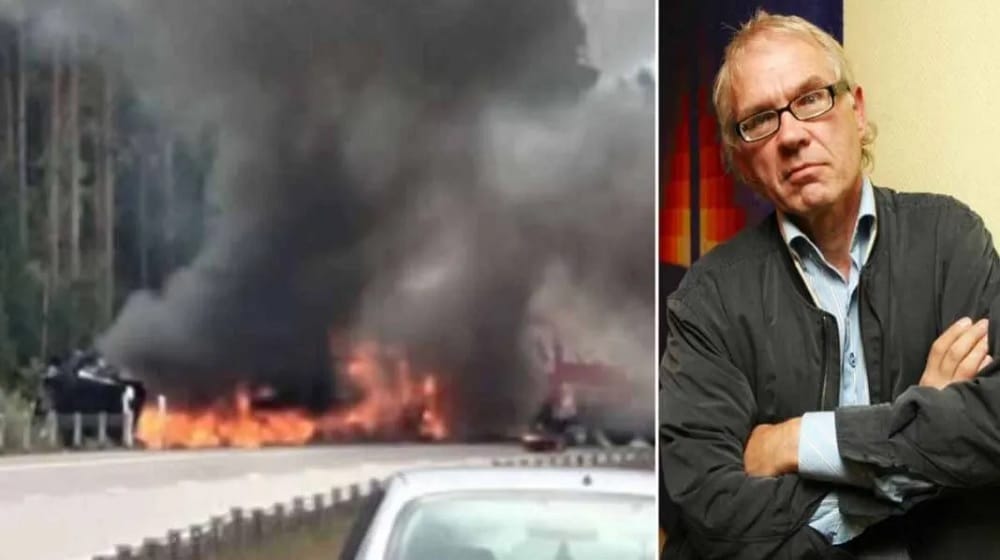 Swedish cartoonist, Lars Vilks, who sketched a blasphemous caricature of the Prophet Muhammad (P.B.U.H) has died in a car accident.

According to the reports, 75-year-old Vilks was traveling in a civilian police vehicle that collided with a truck near the town of Markaryd in southern Sweden. The accident killed two police officers as well, and the truck driver got injured.

The Swedish police said that the cause of the crash is yet unknown, but they are still investigating the matter.

The police officials said, “This is being investigated like any other road accident. Because two policemen were involved,” adding that the police authorities have assigned a separate section of the prosecutor’s office to investigate the deaths of the cartoonist the police officers.

Lars Vilks created blasphemous sketches of Prophet Muhammad (P.B.U.H) in 2007 for which he was widely criticized by Muslims all over the world. It also created diplomatic tensions and the then Swedish Prime Minister, Fredrik Reinfeldt, met with diplomats from various Muslim countries at that time, to ease the situation.