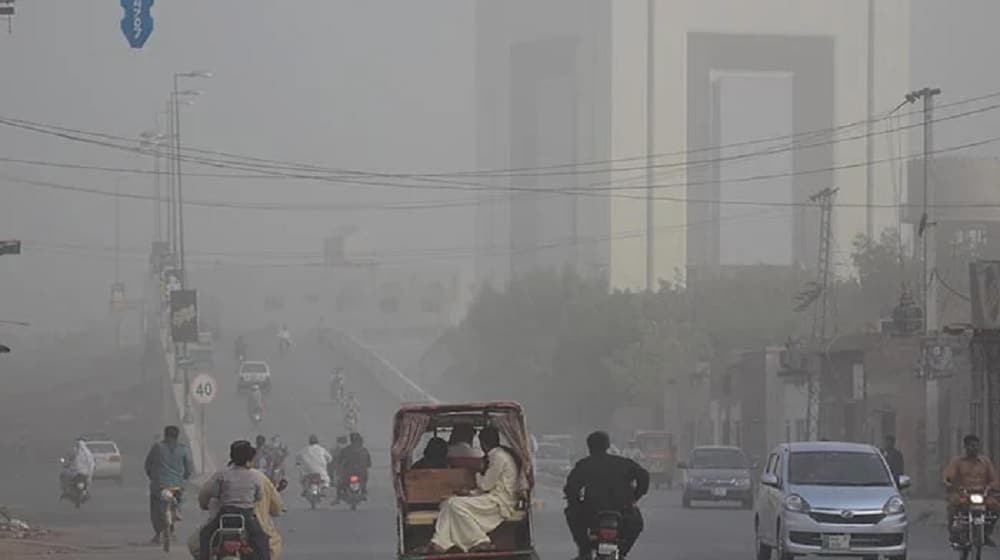 In a bid to prevent smog in the air during the months of October and November, the government has devised a five-pronged policy especially for Lahore, Islamabad, and Rawalpindi.

According to the working papers prepared by the Climate Change Ministry and the Ministry of Science and Technology, the policy caters to issues causing smog in Pakistan in the past like vehicular traffic, stubble burning, industrial emission, and thermal power plants, and emphasize the need to increase plantation campaigns.

ALSO READ
Pakistan Has The 2nd Worst Air Quality in The World: Report

According to the statistics, 43 percent of smog in the air is caused by vehicular emission, 20 percent by burning, 25 percent by industrial emissions while 12 percent by thermal power plants.

In order to reduce industrial emissions, 70 percent of brick kilns in Lahore have been converted into zigzag technology while the remaining have been closed for an indefinite period.

There are different campaigns that are ongoing to control smog, for example growing Miyawaki forests all across Punjab.

In addition, a proposal is being discussed to install smog-free towers in Lahore and other cities, for which the government wants to involve the private sector.