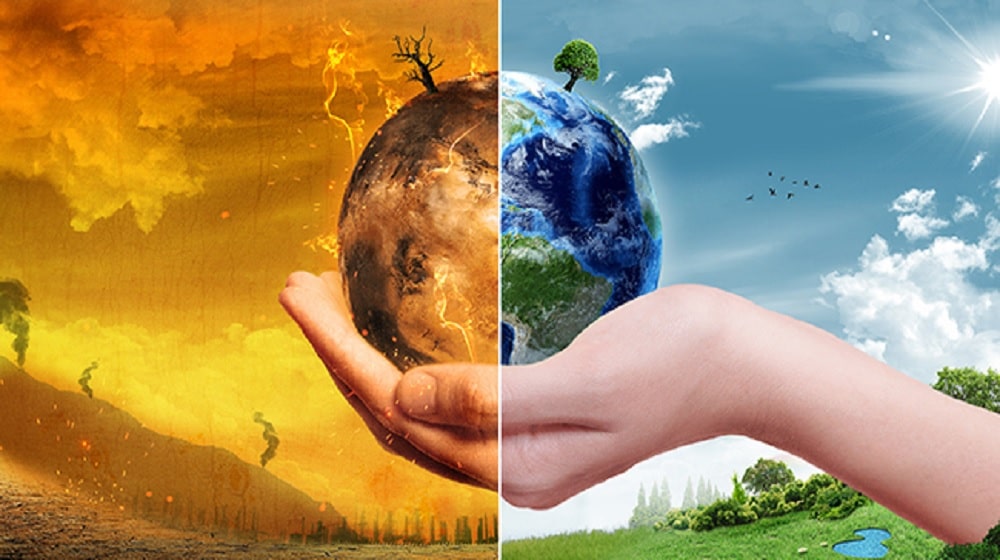 Pakistan has the highest climate co-benefits in the world and has made the highest percentage of climate change commitments in South Asia, according to a report by the World Bank.

Najy Benhassine, the World Bank’s Country Director for Pakistan, tweeted on Thursday that Pakistan is “showing the way” on climate change action.

Pakistan shows the way on #ClimateAction: World Bank new engagements in #Pakistan in FY21 had highest climate co-benefits(CCBs) in the world, in terms of absolute value,& highest in South Asia as a % of new commitments #ClimateAction @ImranKhanPTI @aminattock @OmarAyubKhan pic.twitter.com/0g3RIdWQrJ

Climate co-benefits (CCBs) refer to the share of the World Bank’s lending commitments that contribute to counteracting the consequences of climate change.

Benhassine said that a total of $1.635 billion CCBs were achieved in Pakistan in the fiscal year (FY) 2020-2021, which represent 44 percent of the total $3.696 billion World Bank financing approved for the country in FY 2020-2021. He added that 61 percent of these CCBs will contribute to mitigation, and 39 percent will be directed towards adaptation measures.

“The World Bank is committed to support the Government of Pakistan’s ambitious climate agenda,” Benhassine said.

The Special Assistant to the Prime Minister on Climate Change, Malik Amin Aslam, tweeted a video in which he said that the achievement endorses Prime Minister Imran Khan’s vision for Pakistan. He highlighted that the country’s climate change actions could act as a model for other developing countries in the region and around the world.

“Pakistan is a world leader in the area of tackling climate change,” he said and added that “it has an opportunity to cement its status as a regional and global leader on the issue”.

“This can increase pressure on those countries which are not yet doing enough to tackle climate change,” O’Flaherty remarked.

Similarly, Pakistan had signed a climate partnership pact with Germany in early September, in which Germany had agreed to assist it in meeting its environmental sustainability goals.