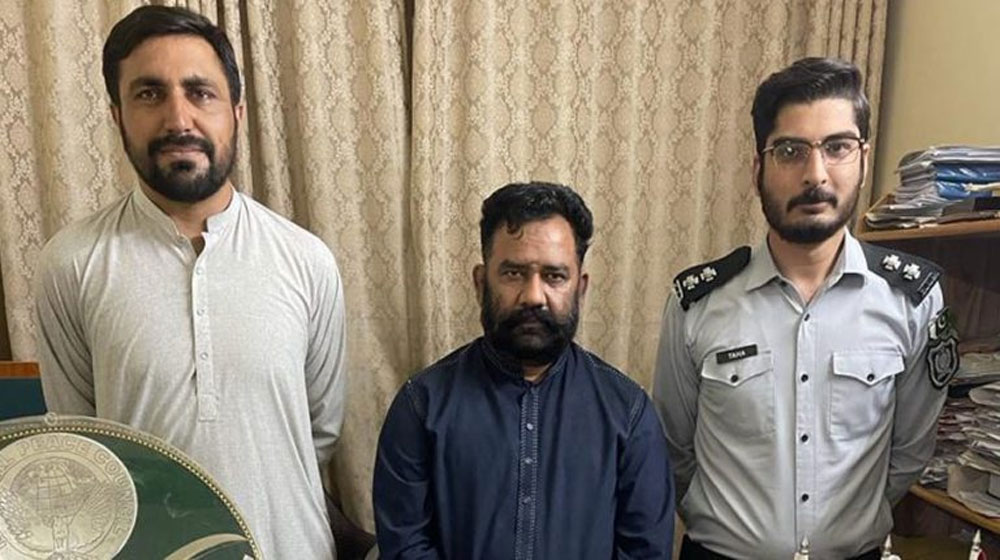 The Federal Investigation Agency’s (FIA) ​​Anti-Corruption Cell on Tuesday apprehended a man for swindling citizens by impersonating as a Prime Minister House’s Officer.

An FIA official said that the fraudster, Mustafa Ansari, robbed people by introducing himself as a fake section officer stationed at the Prime Minister’s House.

He took money from people and issued fake No Objection Certificates (NOCs) for green number plates. The FIA said that they have also seized official documents from his custody.

The accused was also the self-proclaimed chairman of the non-existing party called the National Peace Council for Inter-Fifth Harmony Pakistan and collected membership fees in various districts of Punjab.

The officer further said that the accused conned more than 300,000 people in the name of the party. A case has been registered against the suspect, and further investigation has been started.