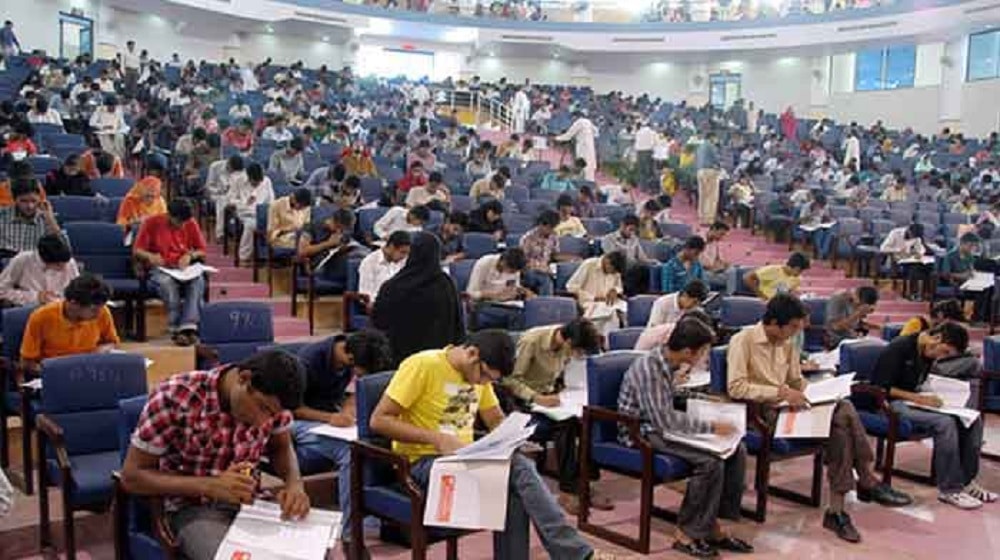 Senate Standing Committee on National Health Services inquired on Tuesday about the misconduct in the MDCAT exams and recommended taking it again.

According to the details, the committee has sought a detailed report on the company that conducted MDCAT.

They were informed that the test was conducted by Teps Company, in response to which the committee questioned why the test was outsourced and requested a report on shortlisting of companies and its tender notice.

Besides, the committee highlighted how the mental health of students who studied day in and day out for the test was affected.

Senator Rubina Khalid said, “Simply saying that the students have the right to review and that it was some computer-generated mistake is not fair with the students”.

“It is not a game but the future of the children. What is the guarantee that the marks will be given in a fair manner now,” she questioned.

The recommendations given by the committee were to re-conduct the test without any additional charges, adding that those responsible for the misconduct of the test must be taken to task.

Meanwhile, Senator Professor Dr. Mehr Taj Roghani highlighted the difficulties faced by the students studying in foreign countries especially in Central Asia and asked about the initiatives taken by the PMC to resolve their issues.