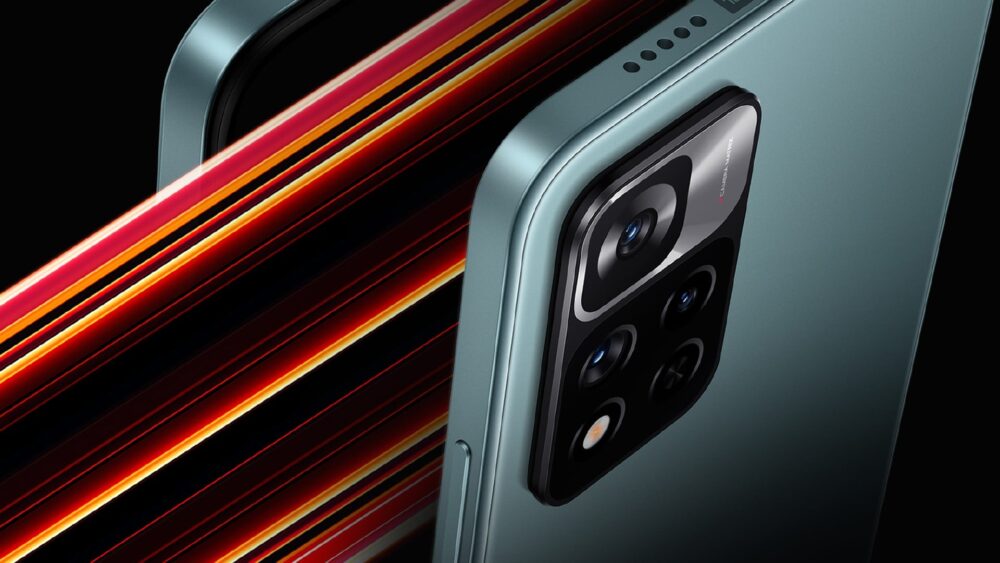 Redmi Note 11 is confirmed to arrive next week on October 28. Redmi has not revealed any official specifications, but we now have official images that fully reveal the design of the device.

At first, we only saw teaser images from a few angles, but Redmi has now shared official images that leave little to the imagination. 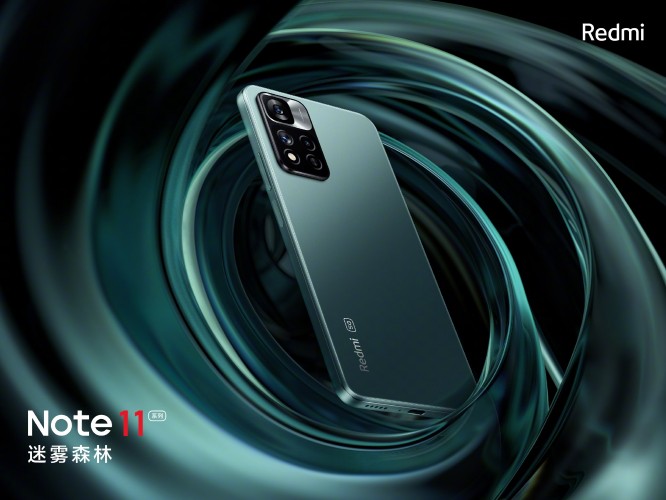 The image shows the Redmi Note 11 in its Misty Forest (machine translated from Chinese) color variant. We can see flat edges, a USB C port, and JBL tuned speakers at the bottom. At the top, there is a 3.5mm headphone jack and another JBL tuned stereo speaker next to the usual IR blaster. The right side has a volume rocker and a power button that doubles as the fingerprint sensor.

The main camera looks a lot like the Redmi 10 with its triple-lens setup and an LED flash. The main camera at the top is surrounded by a metal housing.

Redmi has said that the Note 11 is going to be 8.34mm thick, but has not revealed its dimensions or weight.

However, we are still a week away from launch, which is plenty of time for more leaks and teasers to show up. We have already seen a leaked spec sheet for the Note 11 duo, which you can check out by following this link.