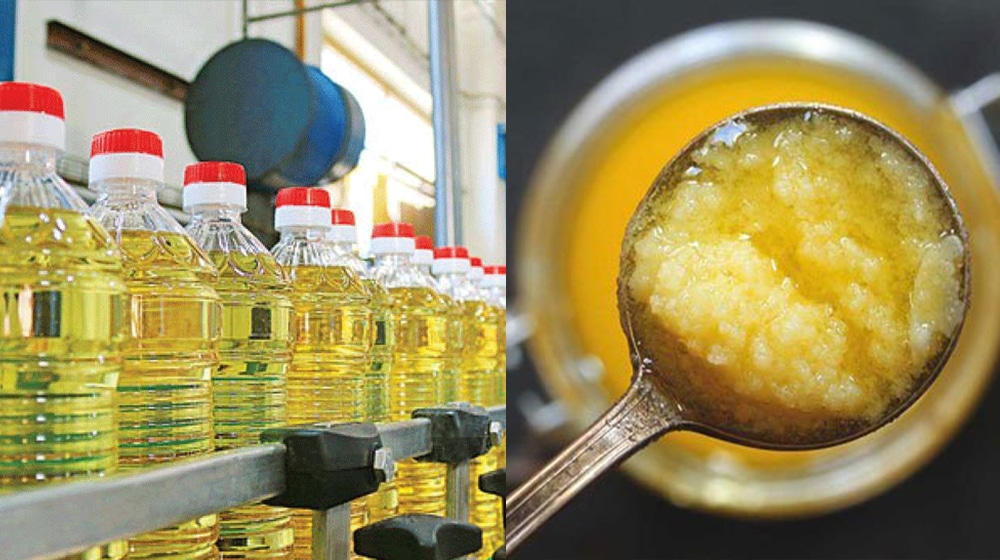 The Pakistan Vanaspati Manufacturers Association refused to sign the Ministry of Industries and Production’s proposal to reduce the prices of edible oil and ghee, as reported by a national daily.

Its spokesperson clarified, “No negotiations are in process regarding [the] signing of [an] MoU between the Government and PVMA. We have out-rightly rejected the demand of the MoI&P. Any MoU concerning costing and pricing would be against the stipulations of CCP”.

This was in response to a statement by the Minister for Industries and Production, Khusro Bakhtiar, to the Federal Cabinet that the Minister for Industries and Production (MoIP) and the Pakistan Vanaspati Manufacturers Association (PVMA) have finalized a Memorandum of Understanding (MoU) to reduce the prices of edible oil and ghee. He had added that it will be submitted to the Economic Coordination Committee.

According to the report, Minister Bakhtiar had held a virtual meeting with the PVMA on the issue of price reductions, and the two parties had agreed to continue discussions in another meeting scheduled for Saturday.

However, the PVMA claims to have rejected the proposal as such a move would violate the rules of the Competition Commission of Pakistan.

The prices of edible oil and ghee are rising amid a surge in global commodity prices and the depreciation of the Pakistani Rupee against the US Dollar.

The report stated that the PVMA had argued during meetings that the industry cannot continue to bear the brunt of price fluctuations.

MoIP officials stated that it wants to reduce prices to pass on a reduction in taxes to consumers. However, the PVMA said the government has not issued a Statutory Regulatory Order for these tax cuts.

The Secretary of Industries and Production responded that the Statutory Regulatory Order will be issued after the Economic Coordination Committee approves the policy and the federal Cabinet ratifies it.