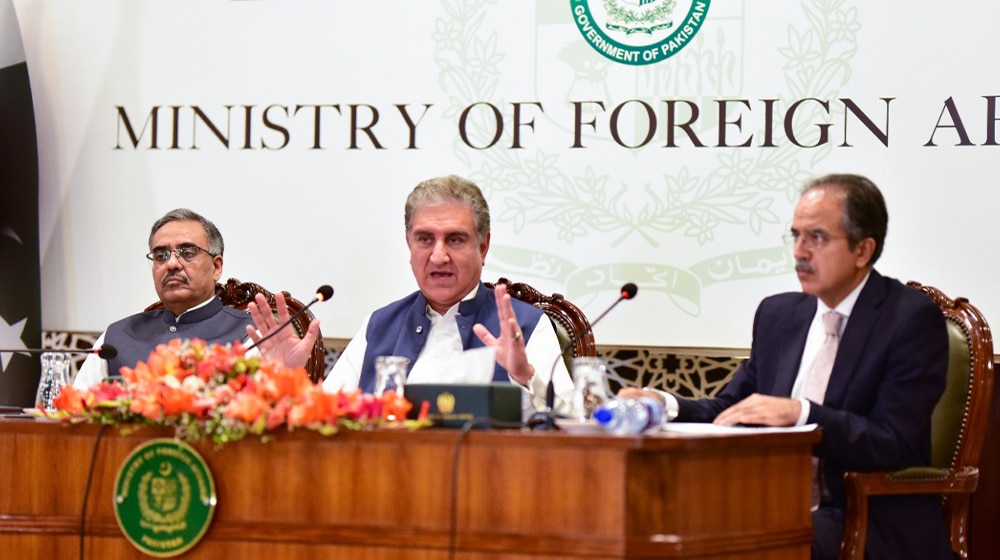 Pakistan has decided to ease trade policy for the Afghan business community. It also announced to give visas on arrival to patients and other emergency cases.

These announcements were made by Foreign Minister, Shah Mahmood Qureshi, who was talking to the media after reaching back to the country after holding a meeting with the Afghan government. The FM led a high-level delegation on one day visit to Kabul on Thursday.

He said that Pakistan will allow duty-free import of fresh fruits and vegetables from Afghanistan to facilitate bilateral trade. He explained that a special lane will be established for vehicles carrying perishable goods. Afghan businessmen will be able to get visas on arrival, and the Pakistani Embassy in Kabul has been authorized to issue five-year visas for multiple entries, he added.

The requirement of PCR tests has also been waived off by Pakistan, remarked the Foreign Minister.

Shah Mahmood said that the trucks coming from Afghanistan will be scanned on the border only, and will be able to move anywhere in Pakistan without any problems. He also announced that Pakistan will provide humanitarian assistance worth five billion rupees to the Afghan community. On the other hand, the interim government in Afghanistan has further assured Pakistan that it will support projects like the CASA-1000, TAPI, and Trans-Afghan railway projects.

Responding to a question, the foreign minister told ProPakistani that the opening of other borders is also on the cards. “After discussing terms and conditions with the Afghan government, we will soon open other borders with Afghanistan”, he stated.

Regarding the issue of suspension of PIA flights to the region, the foreign minister said that “we will discuss the matter with Afghan officials, and soon the national flag carrier will start its flights to Kabul”. He also said that “there are some technical issues with a few airplanes here. DG PIA was also in my delegation; he will discuss these issues with his Afghanistan counterpart and this issue will be solved soon”.

The foreign minister mentioned that “the Afghan side has assured that Afghanistan soil will be not used against Pakistan by any terrorist outfit, including Tehreek-e-Taliban Pakistan and the Balochistan Liberation Army, which is a matter of satisfaction for Pakistan”.