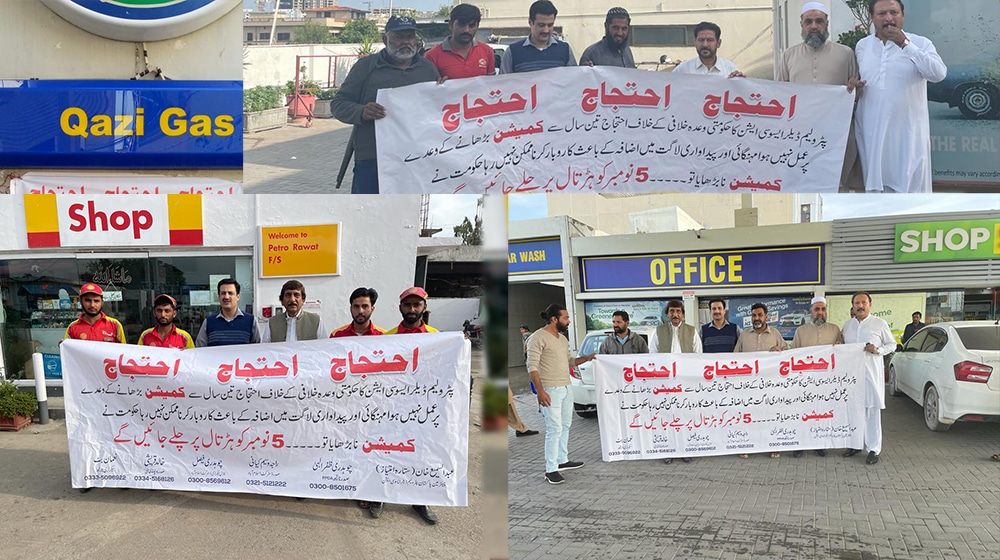 The Pakistan Petroleum Dealers Association (PPDA) has called for a nationwide strike on November 5, against no increase in the dealers’ commission from the last three years.

The government hasn’t increased the dealers’ commission in the last three years despite making promises, the Association said in a statement.

If the government fails to fulfill its demands, the PPDA has declared that all petroleum dealers will go on strike by refusing to sell petroleum products in the entire country. In this regard, petroleum dealers announced holding a news conference in Islamabad on October 28.

Information Secretary, Noman Ali Butt, said that the country is passing through the worst wave of inflation, and in such circumstances, it is impossible to carry on with the operations. He said petrol pumps would be closed on November 5 if the commission does not increase.

He added that inflation and production costs make business impossible, and if no decision is taken regarding an increase in the commission, dealers will be forced to take drastic steps.