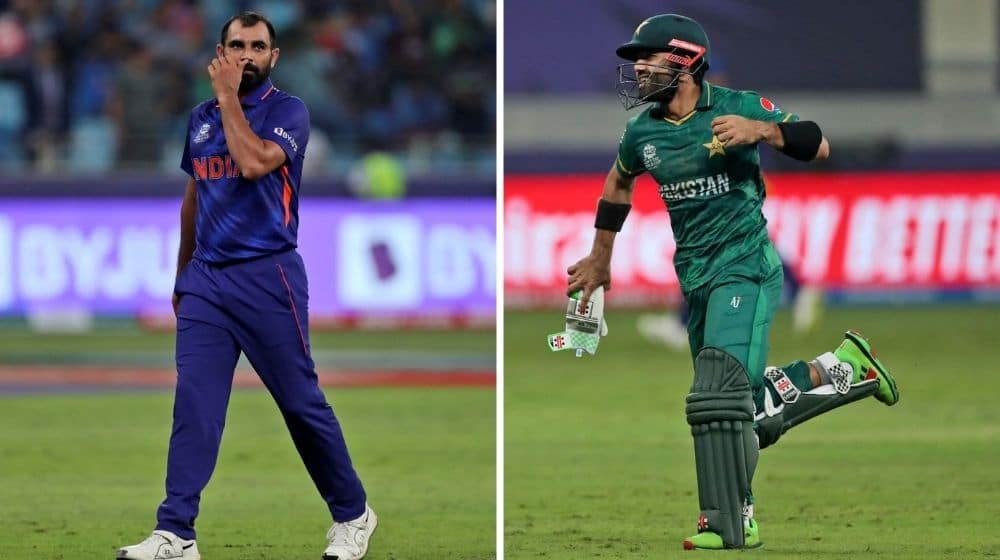 Pakistan’s wicket-keeper batter, Mohammad Rizwan, has come to the aid of Indian fast bowler, Mohammed Shami after he was a target of vicious online abuse by Indian cricket fans. Rizwan urged the Indian cricket fans to stop the abuse and respect their stars.

Shami, the only Muslim player in the Indian squad, received thousands of threatening and disgraceful comments and messages on his social media accounts after India’s loss to Pakistan in the 2021 T20 World Cup match. Many people called him a traitor and accused him of fixing the match.

Mohammad Rizwan came to the support of Shami and requested the fans to respect the services the fast bowler has provided for his country. Rizwan took to Twitter to voice his support.

Rizwan tweeted, “The kind of pressure, struggles, and sacrifices a player has to go through for his country and his people are immeasurable. Mohammed Shami is a star and indeed [one] of the best bowlers in the world. Please respect your stars. This game should bring people together and not divide ’em.”

The kind of pressure, struggles & sacrifices a player has to go through for his country & his people is immeasurable. @MdShami11 is a star & indeed of the best bowlers in the world

Please respect your stars. This game should bring people together & not divide 'em #Shami #PAKvIND pic.twitter.com/3p70Ia8zxf

Rizwan’s tweet was appreciated by many people from both sides of the border.  Former Pakistani cricketers, Rashid Latif and Salman Butt, also voiced their support on Rizwan’s tweet.

Earlier, many Indian cricketers and journalists urged the fans to stop the abuse and not to target Shami as he has been one of their top performers recently. However, they did not specifically mention the reason why only Shami has been targeted as the majority of their other players did not perform up to the mark as well.