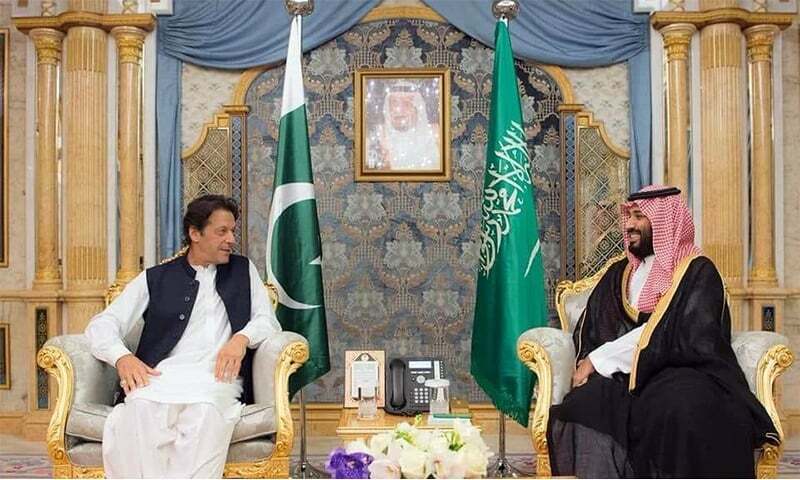 Saudi Arabia has announced a support package of $3 billion as deposits in the State Bank of Pakistan and $1.2 billion worth of financing on deferred payments for refined petroleum products.

The minister for information and broadcasting, Fawad Chaudhry, tweeted that Saudi Arabia announced to support Pakistan with $3 billion as deposit in Pakistan central bank and also financing refined petroleum products with $1.2 billion during the year.

Prime Minister Imran Khan thanked Prince Mohammad bin Salman for supporting Pakistan. He tweeted that Saudi Arabia has always been there for Pakistan in our difficult times, including now when the world confronts rising commodity prices.

I want to thank HRH Prince Mohammad bin Salman for supporting Pak with $3 bn as deposit in Pak's central bank & financing refined petroleum product with $1.2 bn. KSA has always been there for Pak in our difficult times incl now when world confronts rising commodity prices.

Finance Adviser Shaukat Tarin thanked the Crown Prince and KSA for the lifeline.

Yesterday evening the Finance Minister of Saudi Arabia informed me of the generous gesture of the Kingdom of Saudi Arabia to place US$3bn with SBP & a $1.2bn deferred oil facility to help the balance of payment of Pakistan.We thank the Crown Prince & the KSA for this kind gesture

A handout issued by the Saudi Fund for Development states that it announced the issuance of the generous directive to deposit an amount of three billion dollars with the Central Bank of Pakistan to help the Pakistani government support its foreign currency reserves and support it in facing the repercussions of the Corona pandemic.

The fund added that, in addition, the generous directive was issued to finance the oil derivatives trade with a total amount of $1.2 billion during the year.

The Fund indicated that these generous directives confirm the Kingdom’s continued position in supporting the economy of the Republic of Pakistan.

It is pertinent to note that the Pakistani Prime Minister just completed his three-day official visit to the brotherly country Saudi Arabia and this one was the second visit of Pakistani PM to Saudi Arabia during this year.