The Pakistan Rupee appreciated against the US Dollar (USD) for the third consecutive day today. It gained 61 paisas against the dollar and closed at 171.65.

Yesterday, the local currency gained 52 paisas against the US Dollar and closed at 172.26 after registering its largest increase in value since April 2020 on Wednesday. 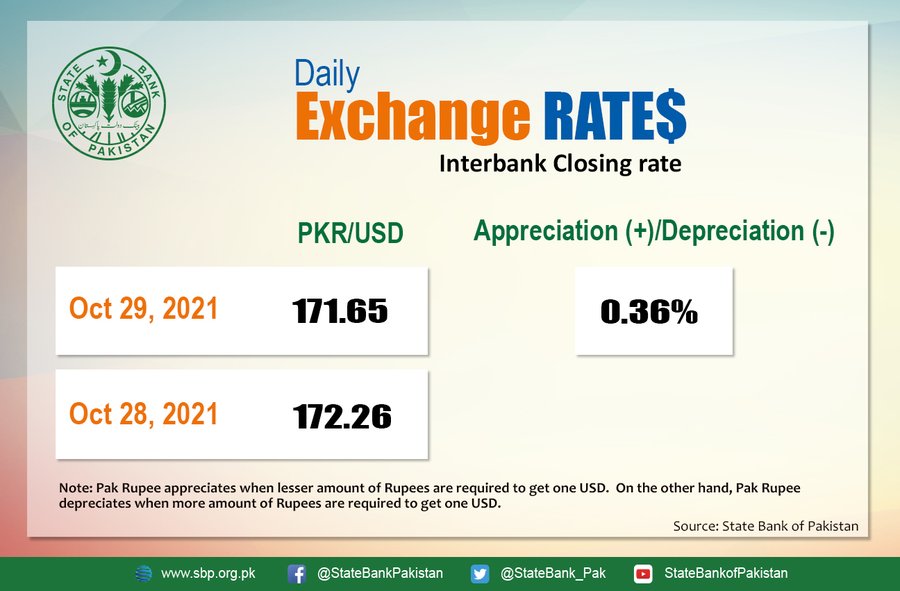 The gains came after Saudi Arabia’s support package of $4.2 billion calmed and bolstered the market sentiment. Similarly, the markets are hopeful that the discussions between the government and the International Monetary Fund (IMF) will conclude amicably and secure further liquidity.

The local unit has depreciated by about 12 percent amid high international commodity prices and a widening current account deficit in the past few months.

Interbank Closing Rate – US$ Vs PKR
The #Pakistani #rupee gained 1.35% on WoW basis. In the month of October the rupee lost 0.58% in its value. On FYTD basis, the rupee declined by 9.65%.#Pakistan #Currency #forex #ExchangeRate #Dollar #KSE100 pic.twitter.com/FZ5nBFwxxc

According to Capital States, the Pakistani Rupee has appreciated 1.35 percent on a week-0ver-week basis. 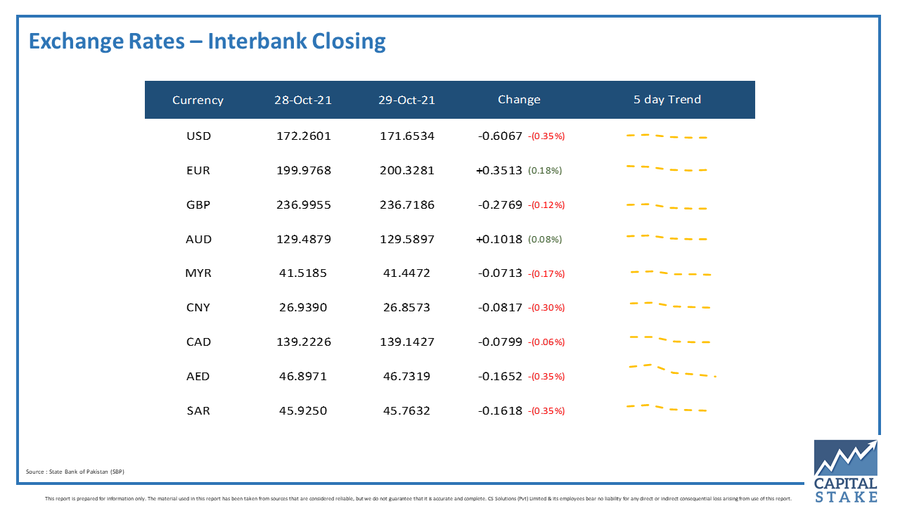