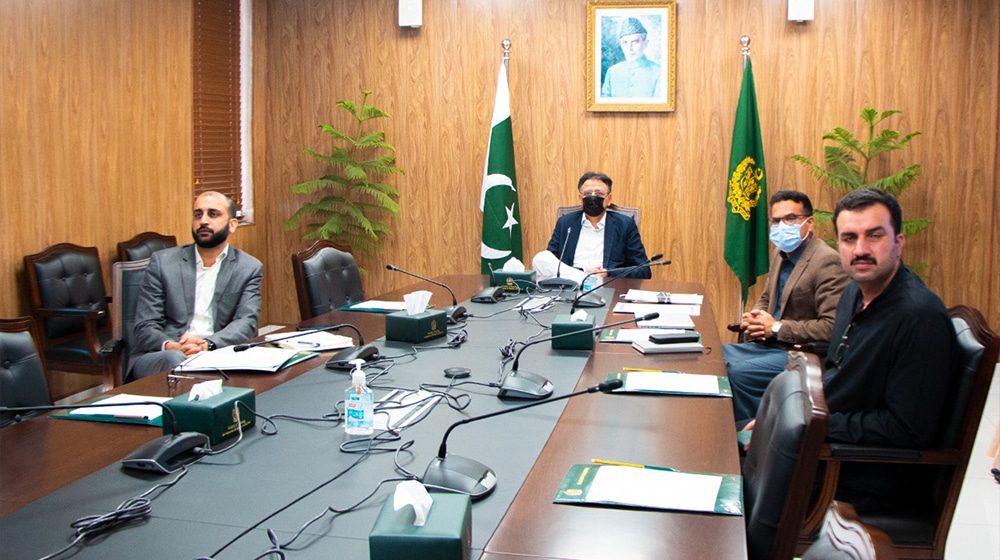 Federal Minister for Planning, Development & Special Initiatives, Asad Umar, reviewed the progress on Gilgit-Baltistan (GB) Development Plan in a meeting with authorities from GB and officers concerned from various Ministries and Divisions on Monday.

Asad Umar stated that the aim of the GB Development Package for Energy was not only to produce energy but also to build the right institutional and regulatory framework apart from enhancing the generation, transmission, and distribution capacity. He directed the GB government to expedite work on the transaction structure and feasibility studies of the P3 power projects.

The Minister instructed the Public-Private Partnership Authority to assist the GB government in strengthening GB Public-Private Partnership Unit and identifying private sector partners. He emphasized the need for establishing primary schools for girls in different districts of upper Hunza. He underlined that efforts were needed to enhance accessibility to tourist spots, facilitate tourists, and provide information to them about tourist sites.