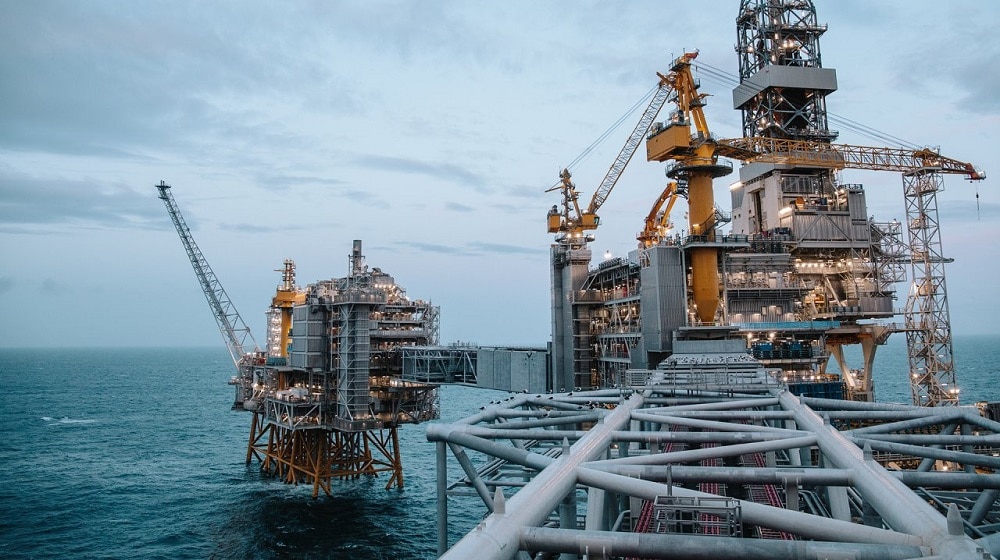 As the prices of petroleum products are expected to jack up to a historic high, there is a lot of dismay among people over its devastating economic impact as it leads to an overall hike in inflation and commuting costs. However, there is a lack of information on how POL prices are determined in Pakistan.

The price of gasoline at the pumps is essentially made up of various components, each of which represents a portion of the total oil value chain. The cost of gasoline must account for each area of the business, from crude oil discovery and production to refining and end-product distribution. Except for the oil-rich nations, the governments most likely introduce gasoline taxes to generate revenue — also true in the case of Pakistan.

In Pakistan, the government controls the price of gasoline, which is announced monthly or fortnightly by the Oil and Gas Regulatory Authority (OGRA). 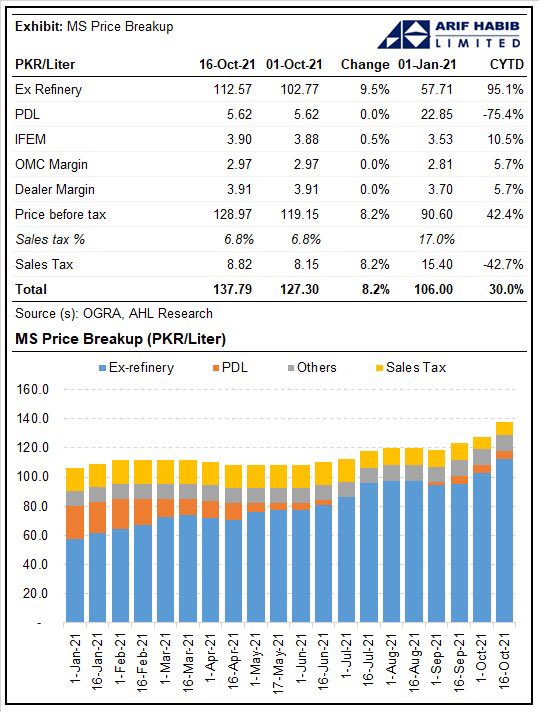 The price at which local refineries sell their product to oil marketing companies (OMCs) is known as the ex-refinery price. This price is not determined by refineries. Instead, it is computed by OGRA using the Import Parity Price calculator. The price is calculated by adding the import incidentals and surcharges to the FOB price of Arab Gulf Gasoline 92 RON. It is basically the landed cost of imported gasoline and is almost entirely reliant on the global oil markets.

As per OGRA notification dated November 1, the ex-refinery price is currently at Rs. 112.57 which remained unchanged compared to October 16 notification. However, due to rising global oil prices, 16-Oct notification bumped up prices by 9.6%.

OGRA calculates and implements IFEM for uniform oil pricing in Pakistan. Without IFEM, there would be a significant price difference in Karachi and Islamabad.

IFEM is currently at Rs. 3.9 after a minor increase of 2 paisa from the previous notification.

OGRA sets an OMC margin that reflects the maximum margin oil distributors can earn over a liter of petrol. OMC margin remained unchanged at Rs. 2.97 per liter in the October 16 oil price notification from OGRA.

This highlights the maximum per liter margin an owner of the gas station can earn by selling petroleum products. Dealer margin remained unchanged and stood at Rs. 3.91 per liter.

The federal government sets PDL to shore up revenues. The Petroleum Division in the Ministry of Energy sets the rate of levy. The government had set the levy to zero from mid-June to mid-August. In the notification of October 16, the levy was Rs. 5.62 per liter.

Due to the surge in global oil prices, the government decreased the petroleum levy by 75.4% compared to the January 1 price of Rs. 22.85 per liter.

Lastly, GST is on the sum of previous petroleum price components. Sales tax percentage remained unchanged at 6.8%; however, due to a jump in component prices, the sales tax increased to Rs. 8.82 per liter against Rs. 8.15 per liter in the October 1 notification.

In the current year-to-date change, the sales tax has declined by 42.7% to contain the inflationary effect of the rising oil prices.

The breakdown of petrol prices paints a different picture. Governments are usually reluctant to increase oil prices in view of political fallout. The same is true for the PTI-led government that is making a dent in its petroleum levy of Rs. 610 billion to contain the currently uncontainable inflation.