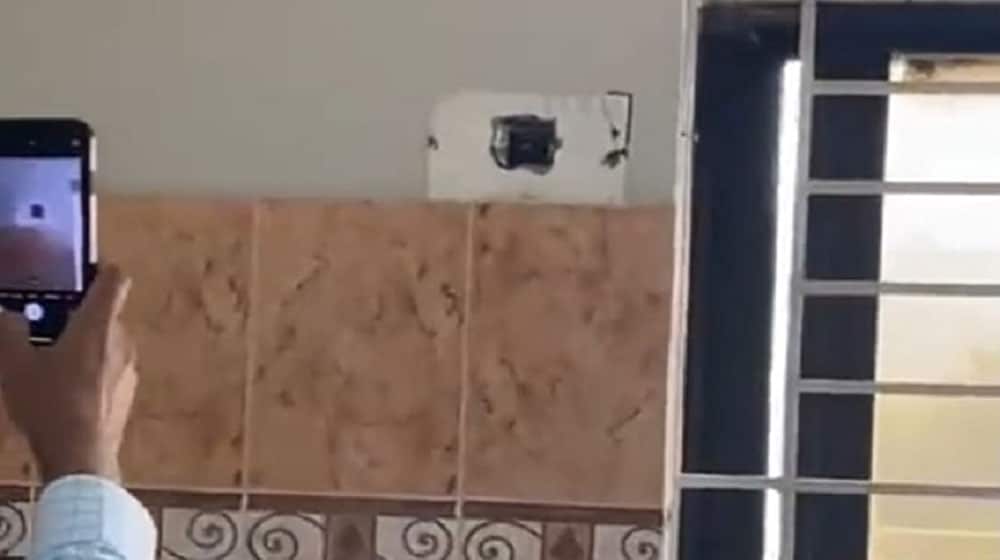 The Sindh Education and Literacy Department (SELD) on Friday suspended the registration of a private school in Karachi and served it a show-cause notice after hidden cameras were discovered in its washrooms.

The notice that was leaked online, revealed that cameras were stealthily hidden in men’s and women’s washrooms that were used both by teachers and students.

“Hidden CCTV cameras were installed behind a sheet with holes in the area of the washbasins situated in the toilets of girls and boys/washrooms so that one can easily watch the movements of male and female students and staff,” the notice added.

“Videos were being recorded from these cameras,” an official of the education department told media. He added that the action was taken after the department received multiple complaints in this regard.

The official said that a special team of the education department visited the school in question to verify the complaints.

“Once, the information was verified, the school was sealed, and its registration was suspended,” he said and added that the education department has launched an investigation into this matter.

The school administration, on the other hand, maintained that the cameras were installed with no ill-intention and only for “monitoring purposes.”

The official, however, said that the registration of the school will remain suspended until the completion of the investigation.