The Pakistani Rupee (PKR) maintained its position against the US dollar (USD) on Friday to close at 170.01.

Yesterday, the rupee broke its 6-day winning streak against the greenback and lost 4 paisas in the inter-bank market to close at Rs. 170.01. 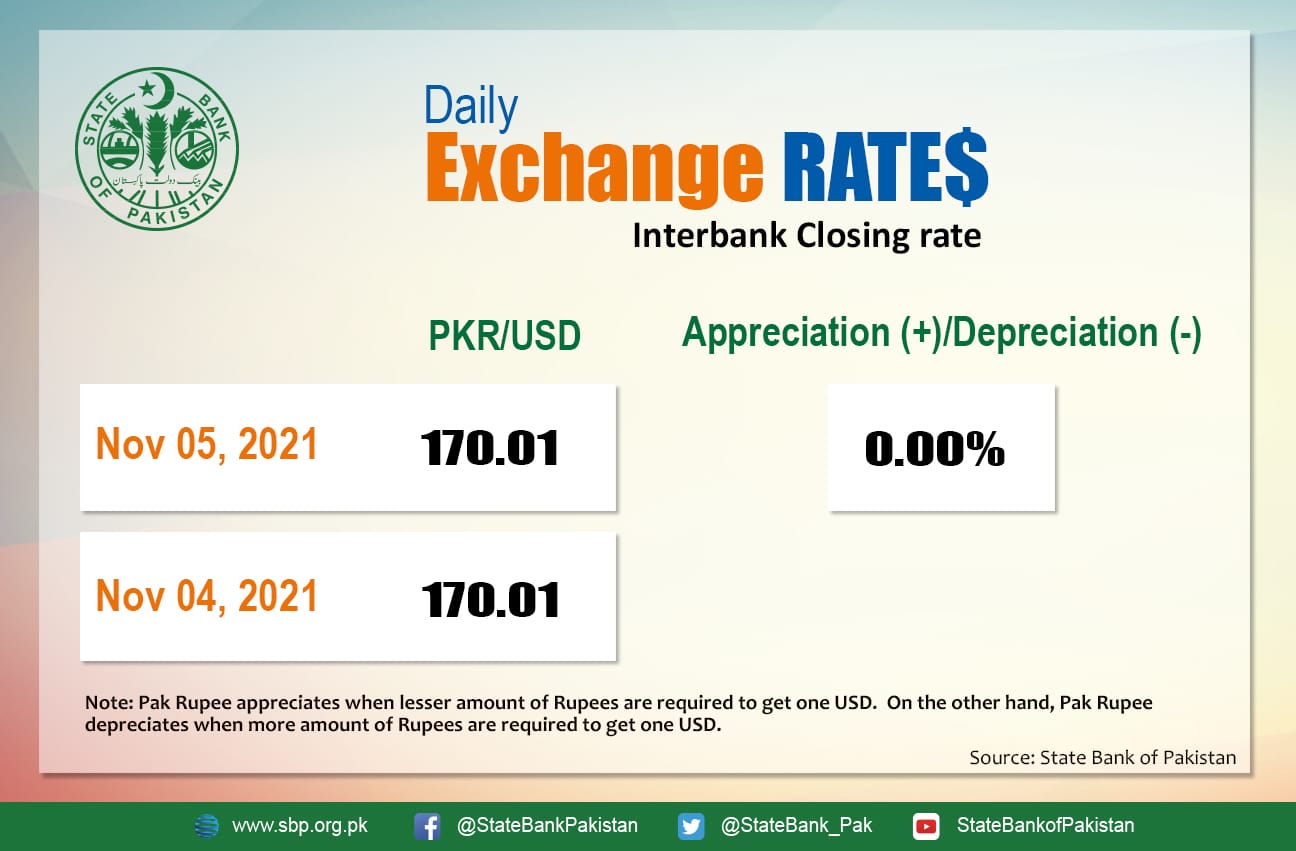 The rupee maintained its stride against the dollar as reserves held by the central bank increased by 0.3 percent or $53 million to $17.199 billion. The reserves of commercial banks dropped to $6.726 billion from $6.787 billion. It bears mentioning that Pakistan’s foreign exchange reserves have slightly fallen to $23.926 billion in the week that ended October 29 from $23.934 billion, the State Bank of Pakistan stated on Thursday.

Total liquid foreign #reserves held by the country stood at US$ 23.93 billion as of October 29, 2021. For details: https://t.co/WpSgomENV3 pic.twitter.com/sge6fYdqd6

The former Treasury Head of Chase Manhattan Bank, Asad Rizvi, explained on Twitter that the net forex reserve was up by $53 million, even though “The updated data did not include [the] $3 billion Saudi deposit, probably it will be shown in next week’s update after receiving the credit in SBP account.”

NET SBP FX RESERVE was up by $ 53 million. The updated data did not include $ 3 billion Saudi deposit, probably it will be shown in next week update after receiving the credit in SBP account.
While, #PKR is expected to take a breather due to weekend in M/E pic.twitter.com/S5eDV3sOH6

“PKR is expected to take a breather due to [the] weekend in M/E”, he added. 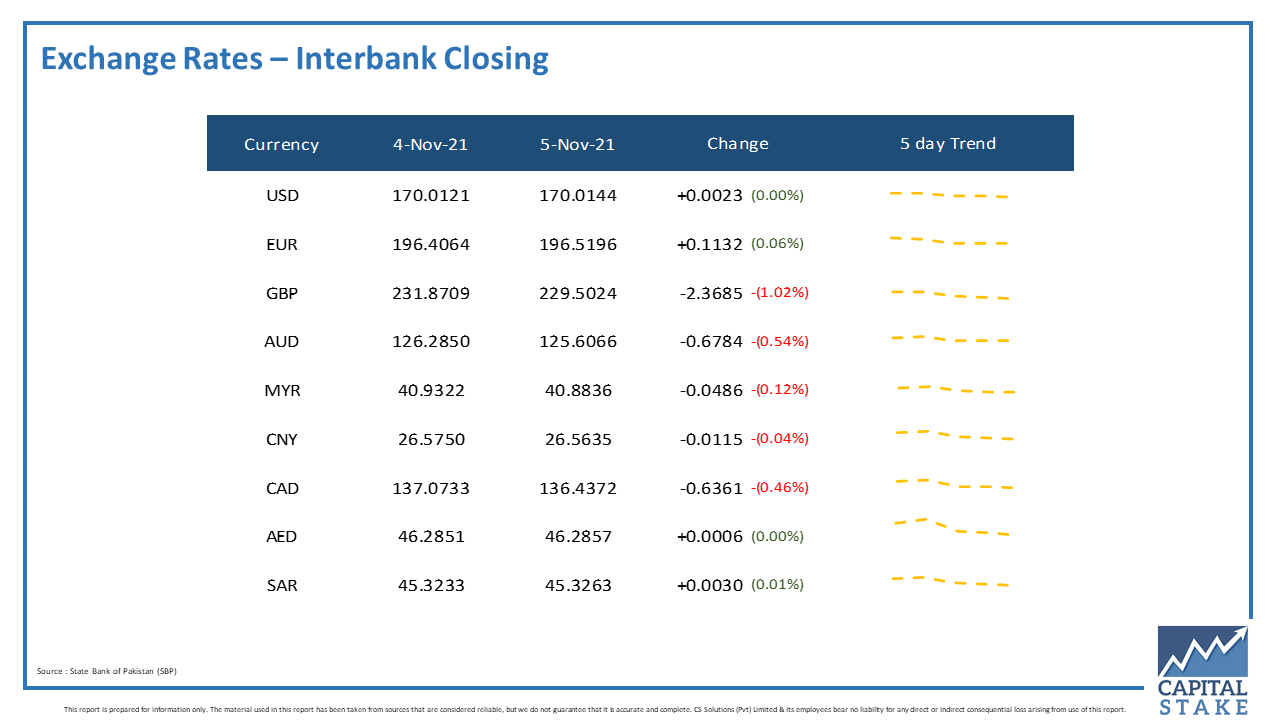 It also appreciated by Rs. 2.36 against the Pound Sterling (GBP).

In contrast, it remained stable against the Saudi Riyal (SAR) and the United Arab Emirates Dirham (AED).