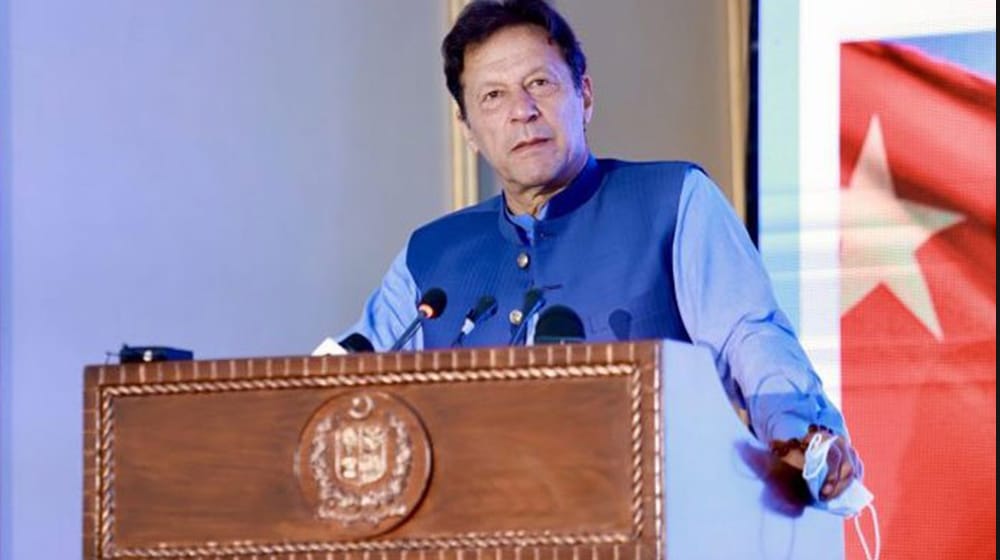 If the country had properly tapped the potential of Pakistanis living abroad, it would not have felt the need to seek an IMF facility or loan.

These remarks were made by Prime Minister Imran Khan during the launch ceremony of a digital portal for overseas Pakistanis. He remarked, “The real potential of expatriates is their investment, but the country never valued them and provided them required ease. Now, the PTI government has granted voting rights to the expatriates to bring more ease to the lives of the overseas Pakistan, who had supported the country in times of distress.”

Addressing the ceremony, the premier explained how the use of electronic voting machines (EVMs) will essentially help solve all issues related to election fraud in Pakistan. The policy on EVMs was conceived after the National Database and Registration Authority (NADRA) made it possible to incorporate tech-based solutions during elections.

Around 1.5 million votes were rejected in the last elections, which could have been saved if the EVMs were used. The EVMs will also help do away with the practices of fake votes. The EVMs are functional across the world, and these can also address all of the election-related issues in Pakistan.

Khan lauded the 9 million ex-patriots living abroad for sending $30 billion in remittances to help support the country’s economy. He claimed that giving overseas Pakistanis the right to vote would allow them to keep governments in check. “Every government will be compeled to value the overseas Pakistanis because [now] they can vote. When they will vote, they will elect a government which will ease their lives,” he stated.

On various subjects, PM Imran highlighted how the country is moving towards a more technology-driven form of governance. In this regard, he mentioned that a ‘track and trace’ system will be activated next week for determining actual figures of production. Regarding the portal for overseas Pakistanis, the premier said, “this portal will save the time of overseas Pakistanis, who will also be able to track the status of their applications.”

He further informed that the Ministry of Foreign Affairs had instructed embassies, particularly in Saudi Arabia and the United Arab Emirates (UAE), to assist ex-pats, who may also use the recently formed portal to directly express their concerns.