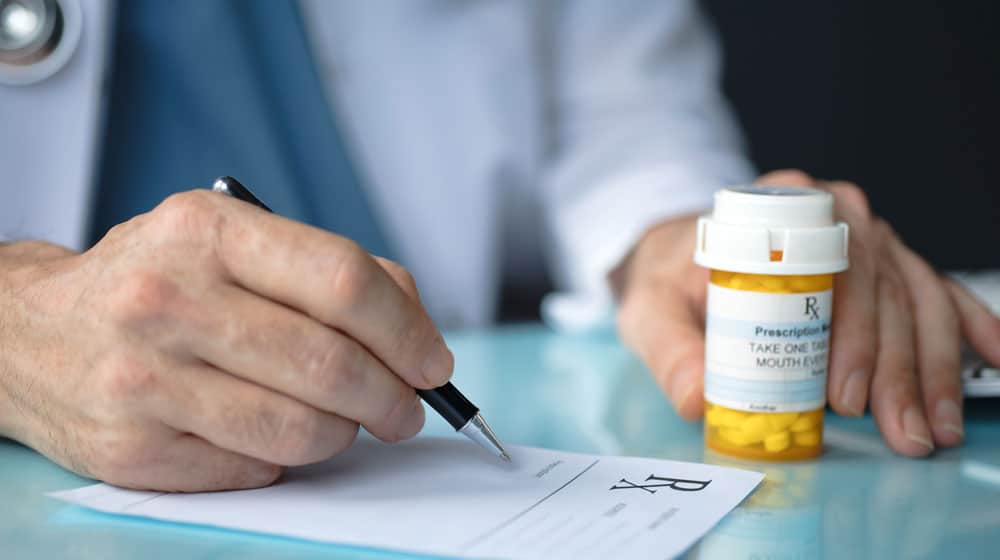 The Drug Regulatory Authority of Pakistan (DRAP) has barred doctors and medical practitioners from writing the brand names of medicines in prescriptions.

It issued a letter in this regard on Saturday, making it unlawful for doctors to write the names of the manufacturers of medicines in their prescriptions. Instead, doctors can now only write the generic formulas of medicines.

It also warned the owners of medical store owners against selling medicine without prescriptions and pharmacists.

The DRAP declared that “the sale of drugs should not be allowed anywhere without a prescription, while the prescription should be given only by a registered doctor,” and has mandated the availability of a graduate pharmacist at every medical store for the sale of medicines.

ALSO READ
All You Need to Know About Ph.D. Scholarships For 2022-23 Under US-Pak Knowledge Corridor

It has also issued a code of conduct for pharmaceutical companies, according to which financial incentives and expensive gifts to doctors will be considered ‘bribes.’

The new set of rules that were approved by the federal cabinet prohibits pharmaceuticals from making cash payments to doctors. They will not be allowed to pay for doctors’ foreign tours under the guise of “medical or scientific conferences” without a No-Objection Certificate (NOC) from the DRAP.

A similar circular issued in May this year by the DRAP read: “It is a common practice that the private, as well as government hospitals’ doctors, write the ‘brand name’ of medicine in their prescriptions with an expensive price. The patients become overburdened to purchase expensive medicines of a specific brand”.

It added that the decision had been taken on the basis of multiple complaints about doctors’ habit of prescribing the brand names of medicines that were received through the Prime Minister’s Performance Delivery Unit.