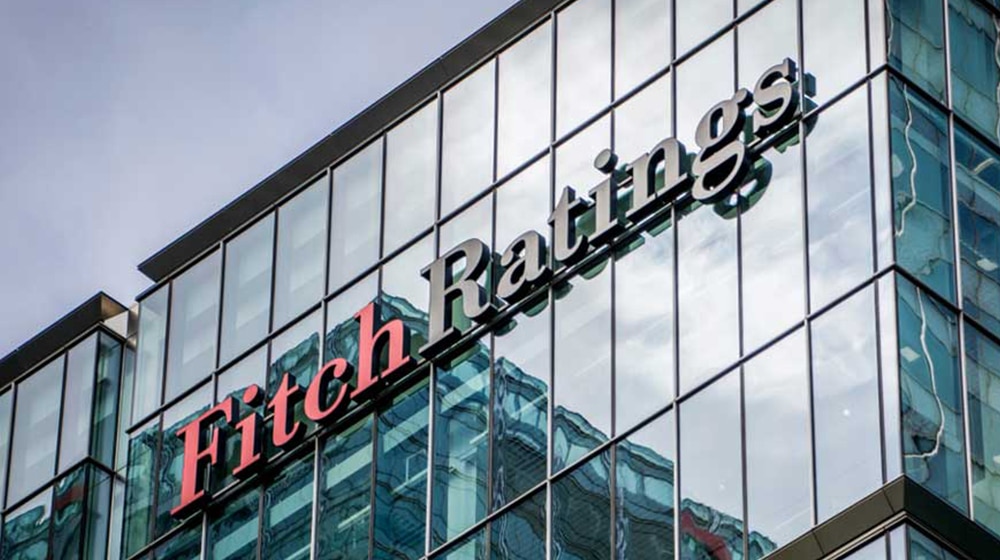 Pakistan’s recent policy adjustments, demonstrated access to external financing, and its commitment to a market-determined exchange rate has offset rising external risks from a widening current-account deficit, according to Fitch Ratings.

The rating agency stated in the report ‘Reforms and Financial Support Ease Pakistan Sovereign Risks’ that if sustained, the ongoing reforms could create positive momentum for the sovereign’s ‘B-’ rating which was affirmed in May 2021 with a Stable Outlook.

It said that increases in global energy prices and a strong domestic recovery from the initial shock of the pandemic have put additional strains on Pakistan’s external position. The current account deficit in the fiscal year to June 2022 is set to be wider than its previous forecast of 2.2 percent.

The State Bank of Pakistan (SBP) on 19 November 2021 raised its policy rate by a significant 150bp to 8.75 percent, pointing to rising risks related to the balance of payments and inflation.

“We think external liquidity pressures should be manageable in the near term, despite the wider current-account deficit, given Pakistan’s adequate foreign-exchange reserves and success in accessing financing,” it added.

The official reserve assets nearly doubled to $24.1 billion by the end of September 2021 from $12.6 billion two years ago. However, liquid foreign-exchange reserves have dropped since mid-September, which may partly reflect the debt repayment.

Pakistan’s near-term financing efforts have been supported by Saudi Arabia, which plans to place $3 billion on deposit with the SBP and provide an additional $1.2 billion oil-financing facility under a one-year support package. Its foreign reserves also received a $2.8 billion boost in August from the IMF’s one-off global allocation of Special Drawing Rights.

Funding from these sources followed Pakistan’s successful international debt issuance through a $2.5 billion bond in March 2021, and a follow-on $1 billion bond as part of its global medium-term note program. Pakistan aims to tap debt markets more regularly through the scheme, which could reduce the costs of coming to market. Additionally, the authorities plan for new Sukuk issuance in 2021.

ALSO READ
Telecom Revenue Shrank by 4.1% While Indicators Going Up in FY21

Following a staff-level agreement on the sixth review of the country’s Extended Fund Facility (EFF) that was reached on 21 November, Fitch expects the IMF to release another $1 billion in funding as long as certain prior actions are met.

“We believe these include amending the SBP Act to formalize the central bank’s institutional independence and removing some tax exemptions. The authorities’ sustained reform efforts and commitment to the IMF program should support access to external financing, even with global financing conditions potentially becoming more challenging for emerging markets in 2022 as global monetary policy settings grow less accommodative”, it explained.

If the government retains its commitment to a market-driven exchange rate, Fitch believes this will be a useful shock absorber to help contain external risks in the longer term. An exchange rate that supports the price competitiveness of Pakistan’s exports could eventually help to reduce Pakistan’s reliance on debt financing to balance its external accounts, which remains a credit weakness.

Furthermore, fiscal consolidation under the EFF could help to minimize the external imbalances by dampening imports while reducing the drag of the weak public finances on Pakistan’s rating.

The rating agency clarified, “At our rating review in May, we noted that continued implementation of policies sufficient to facilitate a rebuilding of foreign-exchange reserves and easing external financing risks could lead to positive rating action. We also argued that positive rating momentum could emerge from improvements in the business environment or fiscal consolidation, if sustained over time. Continued adherence to the EFF reform agenda would increase the likelihood of achieving these outcomes, in our view”.

“Nonetheless, political pressures could test the government’s commitment to reform, particularly if inflation accelerates from its already high levels,” it added.