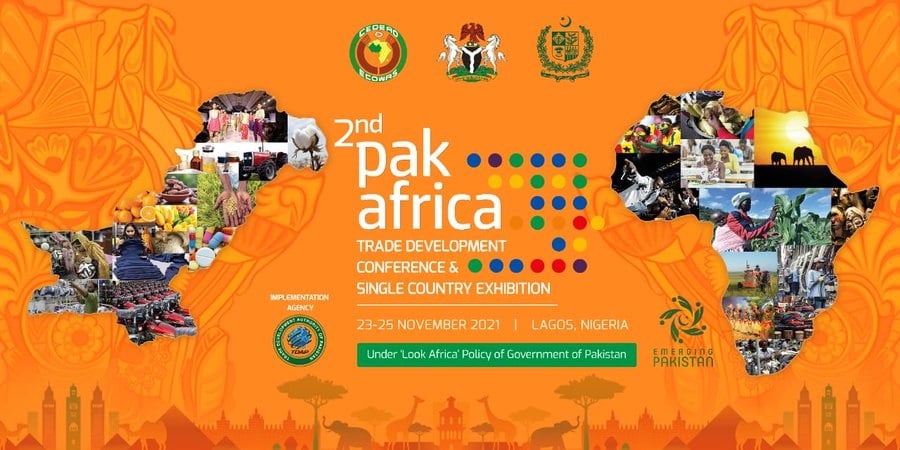 Adviser to the Prime Minister on Commerce, Abdul Razak Dawood, emphasized the need for closer economic ties between Pakistan and Africa to harness mutual benefits in trading activities.

The adviser was speaking at the closing ceremony of the second Pakistan-Africa Trade Development Conference (PATDC), on Thursday, being held in Lagos, Nigeria.

Calling Africa “a promising continent and land of opportunities,” he said that economically, the continent had been a distant frontier for Pakistan in the past, with trade volume between Pakistan and Africa hovering around $3 billion. The adviser said that the launch of the “Look Africa Policy Initiative” has brought positive results, with exports to Africa now on an upward trajectory.

“Soon after coming into power, the Prime Minister took the initiative and asked the Ministry of Commerce to look at regional connectivity, and in particular, look at Africa,” he said.

Dawood said that Pakistan had set a target of doubling its export in the next five years, with a focus on African and Asian markets. He also emphasized the need for closer coordination between businessmen from Africa and Pakistan.

Speaking earlier, the High Commissioner of Pakistan to Nigeria, Muhammad Azam, said that global priorities are moving away from geo-politics to geo-economics, and national policies must focus on transformation via multiple facets.

He said that the African continent is the largest free trade area with a market of 1.2 billion people and has tremendous business potential. The envoy hoped that the conference would enable the business communities of Pakistan and Africa, especially the Nigerian business community, to interact with each other.

Nigerian Minister for Industry, Trade, and Investment, Adeniyi Adebayo, while speaking at the occasion, said that Nigeria is well prepared for the African Continental Free Trade Area (AfCFTA), with policies and initiatives being implemented by the federal government. He welcomed Pakistan’s “Look Africa Policy,” and expressed gratitude for choosing Nigeria as host for the PATDC and Exhibition.

Lagos State Governor, Babajide Sanwo-Olu, advised the African continent and the Pakistani government to explore the use of emerging technologies to improve their trade and business environment.

The governor called on the Pakistani businessmen to explore the business opportunities inherent in the African countries, especially in the West African region, for economic growth.

The conference was attended by businessmen and officials from the Economic Community of West Africa (ECOWAS) member states, especially Nigeria.

The single country exhibition being held alongside the conference attracted over 3000 visitors, and five memoranda of understanding (MoUs) were signed by Pakistani pharmaceutical companies, with trade deals worth $6 million with Nigerian companies and a Senegalese company.