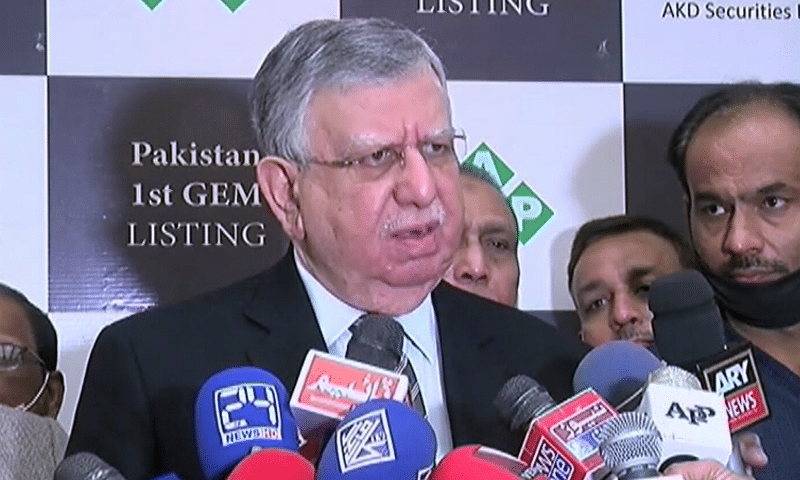 The Advisor to the Prime Minister on Finance and Revenue, Shaukat Tarin, told the Media that the government does not plan on increasing taxes in the supplementary budget that is to be introduced in the National Assembly after the agreement with the International Monetary Fund (IMF).

Shaukat Tarin was questioned about the mini-budget by a reporter, to which he replied that there would be no increases in the taxes and only certain exemptions will be withdrawn. He further accused the reporter of creating sensationalism and said there was nothing to be worried about.

The advisor also told the media how he had worked to reduce taxes after coming into the government. He told Dawn, “When I came [as finance minister], I had said we will not allow an increase in taxes. We will not allow [the IMF] to impose more taxes on people who are already paying them.”

He claimed that the Ministry under his management has stood by their words and not increased any taxes during the negotiations with the IMF.

Tarin also revealed that the IMF had questioned why Pakistan was applying higher taxes on some sectors while other sectors were not paying any tax. IMF had also suggested that instead of letting specific sectors pay zero tax, give them targeted subsidies and take the sales tax.

The Finance Advisor also pointed out that the claims about further depreciation of the Pakistani Rupee were false, and according to the real effective rate, the Rupee should be around 165, 167, or 168 against the dollar.

He also denied the claims that the Rupee would be demonetized. On the contrary, he called out the speculators claiming that they will be disappointed when they see the Rupee moving in the opposite direction to their predictions.

Earlier this week, IMF had announced that they had reached an agreement with the government of Pakistan. They had further declared that the $6 billion program through the Extended Fund Facility (EFF) will be provided to Pakistan. The program had been “in recess” since April.